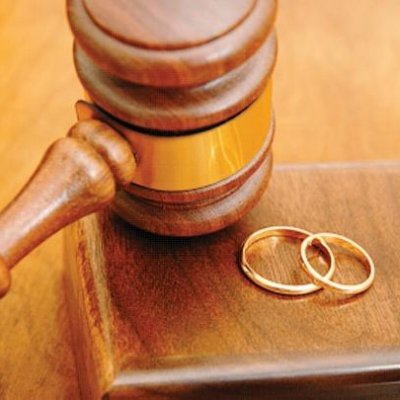 On this day in 1643 the first legal divorce case took place in the United States. (Although it wasn’t known as the US at the time, merely being “The American Colonies”.)

The case was that of Anne Clarke, resident of Massachusetts Bay Colony petitioning for divorce from her husband Denis Clark.

Mrs Clarke presented a signed and sealed affidavit to John Winthrop Jr. (the son of the colony’s founder) and the case was heard in the Quarter Court of Boston.

Denis Clarke freely admitted to abandonment of his wife and their two children. He had left them for another woman, with whom he also had two children. As he refused to return to Anne, the court had no choice but to grant the divorce to Mrs Clark on the grounds of bigamy and to punish Mr Clarke. The decision was recorded as “Anne Clarke, beeing deserted by Denis Clarke hir husband, and hee refusing to accompany with hir, she is graunted to bee divorced.”

The accuracy of this being the actual first divorce case in The Colonies is disputed. Some sources quote that the first divorce case was that of Mr. and Mrs. James Luxford, whose case hit the Massachusetts Bay Colony Court of Assistants on December 3, 1639.

Whichever has the dubious honor of being first, it shows that the puritan colonists were maybe not as puritanical in their lives as history has taught us.

1896: The Austrian newspaper reported that Wilhelm Roentgen had discovered the type of radiation that became known as X-rays.

1925: Mrs. Nellie Taylor Ross was sworn in as the governor of Wyoming. She was the first female governor in the U.S.

1944: The London "Daily Mail" was the first transoceanic newspaper to be published.

1948: The very first color newsreel was shown. The footage was of the Tournament of Roses Parade and the Rose Bowl football classic.

1982: Erica Rowe became the first “sports streaker” after whipping off her bra and running across the Twickenham pitch during the England v Australia Rugby match.

1993: The MV Braer oil tanker runs aground off Shetland (Scotland) spilling 84,000 tons of oil into the ocean.