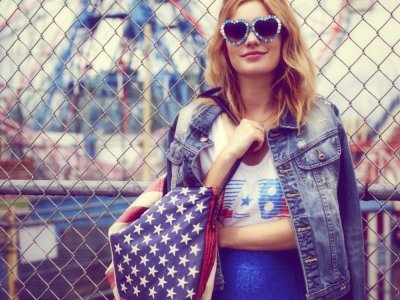 The internet is filled with bizarre state laws that are still on the books. Unfortunately, I discovered that many of these laws are based more on entertainment than fact. After doing some digging, I did uncover some unbelievably bizarre state laws that are really on the books. I included their statute numbers so you can actually look them up if you wish.

If you swear like a sailor, Michigan doesn’t want to hear it. One of Michigan's bizarre state laws indicates that you’ll be guilty of a misdemeanor if you’re caught cursing or “…willfully blaspheming the name of God” (750.102). If you get caught throwing around the F-bomb, your mouth probably won’t get washed out with soap. You could be fined, but I seriously doubt it.

Keep your germs to yourself! In Washington, you are committing a misdemeanor if you “willfully expose” yourself or others to any infectious or contagious diseases in a public place (70.54.050). Initially, I assumed this law only referred to scary, deadly diseases. but according to KidsHealth.com, contagious diseases include the flu, strep throat and colds. Hey, look on the bright side. You're practically forced to crawl back under the covers and watch “Housewives” reruns instead of going to work.

Don’t even think about cruising around Youngstown if your gas tank is running low. If you run out of gas before you leave, you’re actually breaking the law. The city ordinance is titled, “Sufficient Fuel Required in Congested District” (331.44). To sum it up, if your car runs out of gas before you leave certain parts of Youngstown, you can be charged with a misdemeanor. I’m left wondering why this law was enacted in the first place.

If you’re thinking about shacking up with your guy in Florida, you might want to think again. According to state law, you are guilty of a second degree misdemeanor if you and your boyfriend “…lewdly and lasciviously associate and cohabit together” (798.02). I was sure this bizarre state law was phony, so I dug around until I found the actual statute. Not only is it real, it’s also still on the books. Don’t kick out your boyfriend just yet. I can’t imagine it’s enforceable.

Before you commit a serious crime in New Jersey, like burglary or manslaughter, leave your body vest at home. The state forbids the “unlawful use of body vests” when committing a crime (2C:39-13). Oh New Jersey, where do I even begin? If you rob a bank, I'm not sure why a protective vest makes a difference. Plus, if you're robbing banks to begin with, why would you care that your vest is illegal?

I don’t care how cheap they are, West Virginia does not want your imported flags! The law requires that state funds only be used on flags that are made in America (§1-6-1). I don’t mean to be nit-picky, but does this mean every part of the flag has to be made in the United States? I mean, how do they know the flags’ grommets or other raw materials didn’t come from overseas manufacturers before being assembled in the United States? Oh well, maybe I’m just over-thinking it...

Say it right…or else. If you live in Joliet, Illinois, you are required to pronounce and spell the city name properly. In the statute, there is even an explanation of exactly how the name “Joliet” should be pronounced. Why are they so hung up on it? According to Joliet municipal code, saying it incorrectly interferes “…with the desired uniformity in respect to the proper pronunciation of the name of this city” (Sec. 2-8). Um, what?

These bizarre state laws may be wacky, but they are all still in effect. What other crazy laws are out there?