8 Bizarre Selfie Studies You Should Know about ... 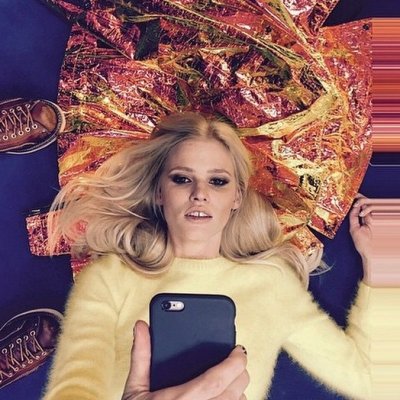 Selfies are a sign of the times. They are just about everywhere, and most people are guilty of taking at least one selfie and posting it online. It’s addictive, and pretty harmless, right? Well, science thinks not. Here’s some really crazy selfie studies that have been conducted recently. Do you agree with them?

A huge study into men and selfies found that men who take a lot of the snaps are prone to narcissism and psychopathy. Yep, really. The study found that frequent self-photographers were more self-centered, prone to objectification, and had a higher chance of being a psychopath. They found that there was no increased correlation between men who edit their photos and psychopathy. Weird. The whole study is published in the Personality and Individual Differences Journal, if you’re interested.

Even for Kim Kardashian. A huge study looked at the social media profiles of people who post selfies, and found that each selfie reduced the audience. While a few selfies didn’t cause too much damage, posting regular selfies lead to a decrease in friends. And yes, even Kim loses friends for her many, many selfies. If you’re posting a lot of solo shots, remember that you might be annoying your friends, and ending up on their ‘hidden’ list.

3 Selfies Can Indicate Low Self Esteem

Many studies have indicated that people who post a lot of selfies tend to have low confidence levels. It’s thought that people who post a lot of pictures of themselves are likely to be looking for validation, and that a lot are disappointed by the results, so they carry on. If you’re feeling unconfident, try hitting the gym and getting those endorphins going, or hanging out with friends. It’s likely to do a much better job of boosting your mood!

You probably don’t need a study to tell you that searching out the perfect selfie isn’t the best use of time. It’s actually any indicator of body dysmorphic disorder, too. People who go to a lot of effort to look good and make sure their selfie is unforgettable could be suffering from mental health issues that require real help and support. If this is you, see your doctor as soon as you can. You’ll find counseling and understanding is more helpful than a selfie ever could be.

Yep. A 2013 study found that people who take a lot of selfies tend to be more alienated from their friends and family, and even report feeling less supported in relationships. While the reason was still being debated, it seems taking selfies leads to less supportive relationships, and that can feed into the need for validation and friendship from online communities. Take a moment to consider if your solo photos are affecting your relationships.

Hunting for a job? You might want to reduce the selfies. While an Instagram brimming with photos is brilliant for a modeling career, it’s not so good in the real world. A study of hundreds of worldwide employers found that they don’t rate selfies. You could be branded vain and self-obsessed, and the employer could presume that you lack self-control. Not worth the risk!

7 Surgery and Selfies Are Linked

Surgeons have reported a marked increase in people who have identified “problems” with themselves in selfies, and go to get it fixed. From nose jobs to chin work and lip filler, many surgeons have found that their patients are addicted to taking photos of themselves, and they’ll even go under the knife to ensure they look good in those photos. If you’re considering plastic surgery based on a selfie, make sure you’re approaching it properly. Really consider what you’re doing…just look at Farah Abraham for a warning story!

8 Selfies Can Make You Less Attractive

Oregon State University published a study that found that women who post “sexy” selfies are viewed as less physically and socially attractive than those who don’t. I’m a little suspicious on this one… The study found that female peers judged selfie-taking women as being less capable, and rated them unattractive. The study found that women would prefer to both work with and become friends with people without a selfie-habit.

Some of these selfie studies just blew my mind. Who knew that a simple photo could tell you so much about someone?! While most of these are interesting, remember that they won’t be true for everyone. Not every man who takes a few photos is a psychopath, and not every camera-happy woman has low self esteem! Have you seen any other crazy studies? Do you believe these ones? Let me know!