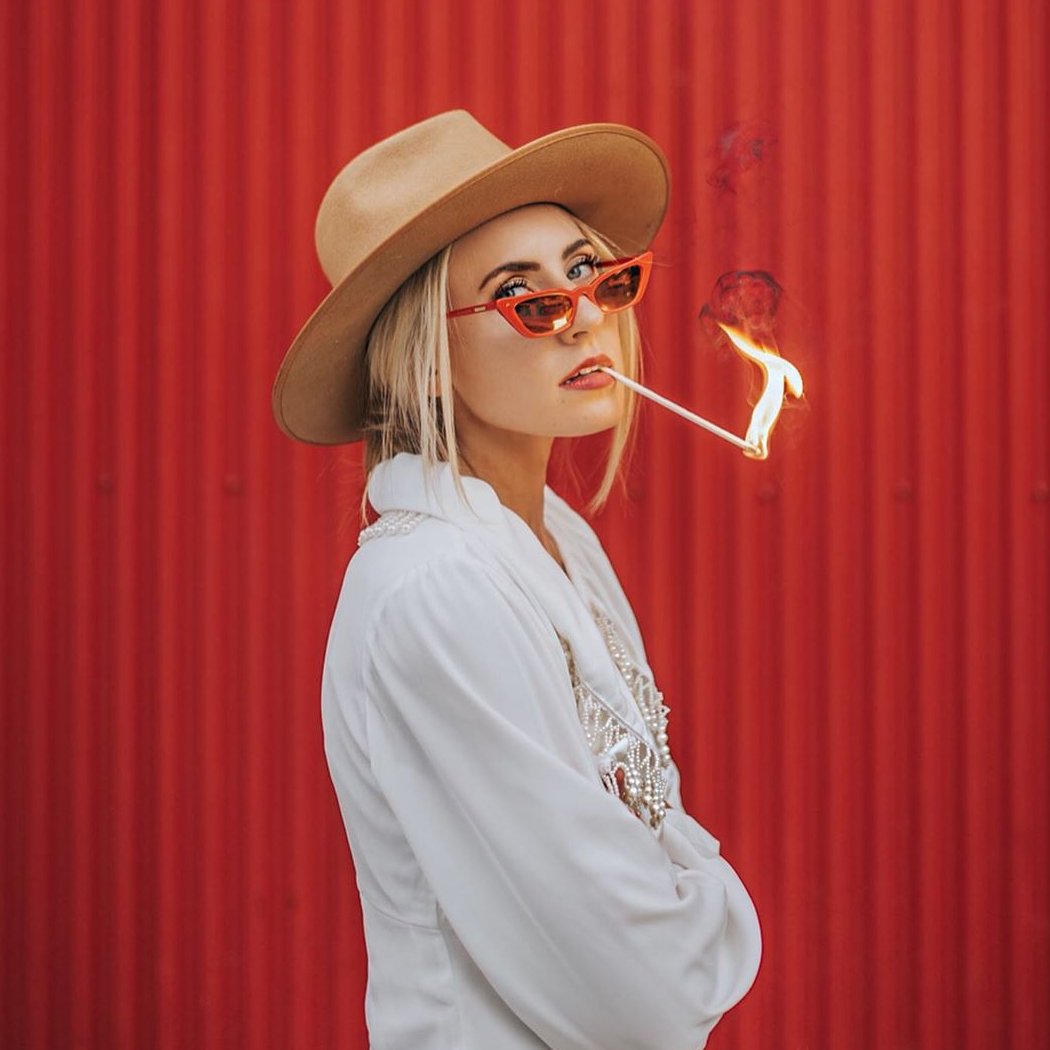 You might be aimlessly scrolling through your newsfeed this very second, wondering just how and why Facebook is ruining our lives. Social media can be an amazing thing. Through Facebook, we can rediscover long-lost friends and relatives, share photographs across the globe and connect with others who share common interests. But somewhere between all of the status updates and the ‘like’ button, we’ve succumbed to Facebook mania. Don’t believe me? Here are 9 irrefutable reasons why Facebook is ruining our lives — or at the very least, our likelihood to be productive.

Privacy, or the lack thereof, is the number one reason why Facebook is ruining our lives. You can change your security settings to only allow the bare minimum of social visibility on Facebook. But sooner or later, your information, location, friendships, relationships, work history or photographs will be visible to someone you didn’t intend to know. When it comes to social media and the issue of privacy, an important creed to live by is this: Nothing is ever private on the internet.

2. Everyone is a Political Pundit

Nothing can provoke a Facebook comment war quite like a politically fueled rant on a status update. Oh, and the memes... and the links to partisan websites. Freedom of speech is all well and good. But when your newsfeed turns into a virtual soapbox, things can pretty ugly. If you can’t bear to part ways with all the Facebook politicos, perhaps you might consider hiding their posts for your own sanity’s sake.

3. Adorable Animals Are Killing All of Your Free Time

It’s true. Not every meme is politically motivated to incite rage. As a matter of fact, I find most memes on my newsfeed to be ridiculously cute. And therein lies the problem. Just how many kittens, bunnies, pugs, piggies or unicorns must you scroll through before you log off and join the real world? If your laundry is piling up, your refrigerator is empty and you have a sink full of dishes, it might be be time to temporarily abandon Facebook and tend to some of the needs around the house. The fluffy Facebook contributions will still be there when you get back. I promise.

4. You Know Waaaaaaayyy Too Much about Your Friends

Best friends can talk about anything, right girls? But the 400 friends on your Facebook really will talk about anything. Joanna is eating a cookie. Steve is sad that he doesn’t have a girlfriend. Gina has an appointment at the gynecologist this afternoon. What!? Am I the only woman out there who feels like enough is enough? Must people share every waking moment with the Facebook population?

5. Unflattering Photos Are Uploaded and Tagged before You Have Any Say in the Matter

We’ve all been there. The candid shot while you’re eating a hotdog at the family barbecue, or the photos in which you have a background cameo appearance... and you’re standing awkwardly open-mouthed with your arms in the air. We can thank the unholy union of smartphones and Facebook for all of that. Fortunately once you can get to a computer, you can un-tag yourself in the offending photos. But of course, by that point it’s too late. I always abide by the power of veto. If it’s a posed shot, the ladies get together and decide as a group which photos get posted. It’s only fair. But if you’re in the background of the shot or it’s entirely candid, well... you’re on your own.

"LOL i no, right?" Wrong. The status update is not a thesis statement. But living in a generation of texting, commenting and hashtags has poisoned people into placing more value upon succinct mutations of the English language rather than real communication. Children are especially vulnerable to this shorthand social media language. So if there are any concerned mothers reading this, please encourage your kids to pick up a book now and again. Come to think of it, some adults could heed the same advice.

I guess it goes back to how publicly you choose to portray yourself on social media sites. But if you’re not feeding into the Facebook drama, you’re at least a witness to it. Relationship statuses, event listings, even community pages are all fodder for the social networking soap opera. My advice is to limit your involvement. Comments can be deleted. But the hurt feelings and distrust that stems from the comment can’t be deleted so easily. If your Facebook feed is feeling especially snooty, snide or passive aggressive, you may want to re-evaluate your friends list.

8. What Exactly is a Friend?

I’m not trying to delve into a deep psychological conversation about human bonding. But Facebook has me wondering what the parameters of friendship are in the virtual world. How many times has an old classmate, a former boyfriend or a coworker passed you on the street and looked you directly in eye without so much as a nod of acknowledgment? And yet how many times has that same person liked one of your status updates on Facebook? Do Facebook friends only exist on the screen? Are we just avatars mimicking our real lives on social media accounts? It’s an interesting theory to ponder when our "friends" pass us by on the street without a greeting, but are quick to comment on our status updates.

Can someone please explain to me the significance of the poke button? At best it’s a slightly strange way to let someone know that you’re thinking of them. And at worst it’s a slightly perverse way to let someone know you’re realllllyyyy thinking of them. Eww. No, thank you. The poke button is like the heavy-breathing phone call of Facebook. We don’t benefit from it and we have to wonder why it still happens.

10. It Brings out the Worst in People

Have you realized that social media, especially facebook, brings out the worst in people? We end up 'stalking' our exes, scavenging through their pictures and getting an insight into their current lives. We open a chapter in our lives that we should never look back to. Not only that but facebook makes it too easy for us to criticize others, when their lives are all out in the open for the whole public to see. We spy on others and scrutinize their relationships as if we are in a place to do that.

You might be logging on your facebook to check on your friends and family, only to realize that your newsfeed is packed with irrelevant ads. Nowadays you have to thoroughly scroll through your facebook past all of the viral vines and paid advertisements, which you don't really care about just so you can see what your friends are up to. It really defeats the purpose of this social network, making the whole experience worthless.

Facebook was intended to interrupt our lives and our concentration. Let's just look at a hypothetical situation, here you are finally deciding to drown yourself with the information for your next history test, when you hear a ding. And would you look at that, it's a notification from faceboook! Because facebook so easily disrupts your concentration, it weakens you comprehension, accordingly ruining your long term memory. As a result your intellectual development is halted and you thinking is inhibited. You can only imagine how constant disruption can damage you on a mental level.

Social media declares an end to genuine communication. Yes, it allows you to connect with your childhood friend across the world and talk to your cousin in a different time zone, but what about your real life communication? Nowadays most of our communication is nonverbal, every piece of information is mostly relayed through messages, e-mails or texts. This informal contact with others, leaves a lot of room for misunderstanding and confusion. After all there is no way to interpret body language and read facial expressions through words!

Facebook can oftentimes leave you vulnerable, when your statuses, pictures and conversations are available for anyone to see. And let's admit there are some cruel individuals on social media, who can take it upon themselves to express their criticism even when it is not necessary. That is the main reason why, social media is not a safe place for children and young adults. Overwhelming amount of negative comments can really push people off the edge. Facebook is just a perfect tool for cyber bullies to target their victims.

On a less serious note, Facebook can get really aggravating when it comes to news. Let's say you missed the latest episode of the X-Factor and don't want others to spoil the results of the competition. The second you log on to Facebook to check on updates, it is almost guaranteed that you will be forced to see this weeks results. Although it might not bother some, it really disturbs others including me!

Facebook has helped me reconnect with old colleagues and classmates, and even introduced me to new clients and contacts for my writing career. But for every connection made, there seems to be somewhat of a connection broken. Between the personal dramas made public, the diehard political divides that can’t seem to be reconciled and the question of what real friendship means in a virtual world, Facebook has turned the words "social networking" into an ironic misnomer. What ways have you benefited from Facebook and in what ways has Facebook ruined your life?