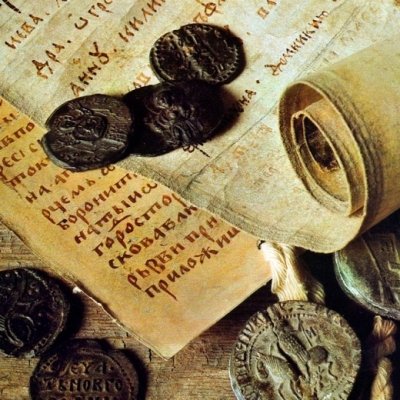 Common, everyday items are normally lost in the sands of time, and archaeologists exploring ancient homes, cities or burial grounds rarely find anything of significance to tell them more about the people of a certain culture. This isn't always the case, however, as some of the oldest everyday objects ever found are thousands, or even tens of thousands of years old and can show us a bit of how life back then looked like. Let's check out some of the most interesting ones!

If you think the beer you drink is strong, think again. The oldest known written recipe dates back to 3,000 BC and was found on a Sumerian stone tablet. It features instructions for brewing a very strong type of beer that would also have chunks of bread floating in it.

Recently discovered was what is thought to be the oldest representation of the New World, as it was seen in the early 1500s. The globe, carved on an ostrich egg, depicts an accurate map of Europe, Africa and Asia and features two small islands in place of what is now known as North America.

3. The Oldest Purse in the World

An ancient purse – or what was left of it – was found in Germany, and it dates back to no less than 4,500 years ago. With its outer flap decorated with hundreds of dog teeth, the purse was definitely a fashion statement of its time. Unfortunately, it was not too well-preserved, and archaeologists are still somewhat puzzled as to what its original appearance was like.

One set of remarkably old everyday items from Ancient Egypt are a pair of socks knit sometime between 300 and 400 AD. The socks, made from thick wool and designed to go well with sandals, are extremely well-preserved and have been found in the 19th century.

Found in the Hellenic city of Efesos – a major trading center at the time, located on the coast of Asia Minor – was one of the oldest coins ever discovered, dating back more than 2,700 years ago. Featuring a single design, only on one of its sides, the coin was made from a naturally occurring gold and silver alloy that was commonly used at the time and is now an important exhibit in the Department of Coins and Medals at the British Museum.

6. The Oldest Sculpture of a Woman

Among the oldest works of art ever made is an impressive, tiny piece of cave art carved from the tusk of a mammoth more than 35,000 years ago, and found in Southeast Germany. The sculpture, called the Venus of Hohle Fels, is a small statue of a prehistoric woman that shows us a glimpse of the important role that femininity had even thousands of years ago.

One of the most amazing ancient everyday objects ever found is an old flute, broken on both ends and made from the femur of a juvenile cave bear more than 40,000 years ago. Upon closer inspection, archaeologists came to the conclusion that the flute could be incontrovertible evidence to the fact that Neanderthals had a much more complex cultural heritage than we might believe.

Even when dealing with quite common items of the past, archeology can still be fascinating sometimes. Which of these everyday objects captured your attention the most? What do you think archaeologists from the year 5,000 would make of our common belongings?