7 Fascinating Inventions That Never Caught on ...

New inventions appear all the time, covering some of the most interesting, as well as least expected topics under the sun. Some of these, even though considered by many to be fascinating and even useful, have never really caught on for a variety of reasons. Looking back at them, they still are pretty amazing even today.

Not many people today know just how popular cycling on water was in the late 19th century. The 1890s saw the rise of an invention called the hydrocycle – a bicycle or tricycle that shifted the force from the rider's pedals to a propeller, while using pontoons or surfboards to preserve its stability when floating on water.

2 The Hat and Radio Hybrid

After WW2, a series of successful promotional campaigns saw the launch of an exciting new invention – the radio hat. With a built-in 2-tube radio allowing you to listen to your favorite radio programs on the go, the hat was one of the most exciting inventions that didn't catch on, as its massive publicity didn't bring in the expected number of sales and production was eventually dropped. 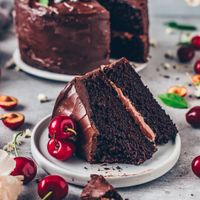 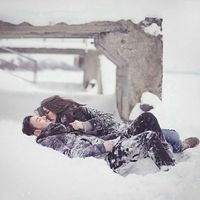 At the dawn of the 21st century, manufacturers started seeing the advantages of integrating internet connectivity into every device they could think of. Unfortunately, the internet fridge did not have the same success as the newest smartphones. After all, do you really want to wait in line, starving before breakfast, while your roommates check their social media feeds on the fridge door?

Only two years after the first video cassettes appeared, the first digital video format also took to the market in 1978, in the form of laserdiscs. These were the precursors of modern compact discs, featuring a very similar appearance, as well as impressive storage capabilities and stunning video and audio quality the likes of which no one had ever seen before. Unfortunately, this remarkable invention never caught on, as laser discs were deemed too fragile to last.

Wooden bathing suits made from light spruce were promoted throughout the late 1920s to provide timid swimmers with more buoyancy and better self-confidence. However, being considered a less flattering fashion statement, the bathing suits didn't last long, and were also seen as somewhat cumbersome. It was still an interesting idea.

Definitely an invention that was decades before its time, the radio newspaper was invented in 1939, and allowed the transferring of newspapers through radio. The receiver device would then conveniently print the newspaper for people to enjoy, similarly to today's common office printers. While it didn't really catch on, it was considered an inspiration for later inventions, such as the fax machine.

The cinerama was one of the most remarkable inventions of the movie industry, being the first wide screen projection system using multiple projectors to achieve stunningly clear images. Sadly, due to its complexity, the cinerama was an invention that never caught on, and only about a dozen films ever used its format.

Although it's easy to see why some of these inventions were never embraced, in a few cases their demise can be a bit surprising, especially when you learn that a similar invention went viral just a few years later. Which of these inventions do you think had the most potential in its time? Do you know of any other contraptions that should have been on this list?