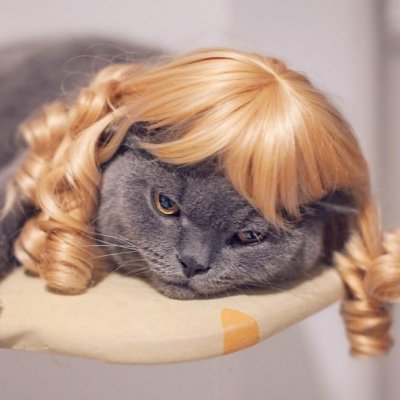 We all know of the many inventions remembered throughout history for their creators' brilliance. Unfortunately, for every awesome invention, there are so many painfully useless contraptions out there that you might wonder how anyone could have thought of them. Let's check out just a few of them!

If you think you already know some of the most useless inventions humanity has seen, you may want to add this one to your list. The Ctrl Alt Delete Wand allows you to press the 3 buttons simultaneously on your keyboard – a task needed to reboot or unfreeze Windows PCs. I guess it's really such an immense effort to use the Ctrl+Alt+Delete shortcut, that we needed a shortcut for it too.

The butterstick showed a lot of promise when it was first introduced. It's just like an adhesive stick, except it has butter in place of glue. Unfortunately, the idea never caught on, and the danger that it might be confused with an actual glue stick has pulled the plug on it permanently.

This disturbing invention is basically a mob strapped to the belly of your baby. Someone thought it to be a good idea that, while babies crawl, they could also mop the dirt off your floor and save you the trouble. Aside from being completely impractical, baby mops are also unsanitary, as you might imagine.

If you don't want your shoes to lose their shine, this new invention might help. It consists of tiny, cute umbrellas placed on your shoes. Still, aside from looking completely ridiculous, they're also impractical and could end up making it difficult to walk at all.

This is one of the few useless inventions that might have had a future at some point. It uses a magnifying glass to focus sunlight on the tip of your cigarette. It was a good intention that, unfortunately, took an awful long time to light anything up.

The two-person sweatshirt was marketed as a “sweet shirt” for inseparable spouses or partners who love doing everything together. Now it's easy to see why this invention never really caught on – actually, I have a feeling it might have actually broken off a few relationships in the process.

At last, there's a good remedy for all those cats out there suffering from baldness! While some cat people might consider them cute, cat wigs have no real use or purpose, and the cats themselves want nothing to do with them! "Dare to put that thing on my head again, human slave, and you'll face fatal consequences!"

Ever wanted to keep yourself from falling asleep while taking the subway to work in the morning? Now you can, with the mobile subway chin rest – a useless invention designed by the Japanese solely to support your chin (while also making you look completely insane).

Although it might be great to have a few snacks while driving, a tray that attaches to your steering wheel might not be the best way to secure your burgers and fries – not to mention hot coffee or a soda!

Finally, what could be a better item to end this list than a box that does completely nothing? The Useless Box is one of the most useless inventions in history: a “robot” that has the sole function of turning itself off as soon as you start it.

While they're great for a few laughs, you might want to avoid spending money on any of these contraptions. Which one was your favorite and what other useless inventions do you know that might be worth adding to my list?