7 Scenarios about the Future of Civilization ... 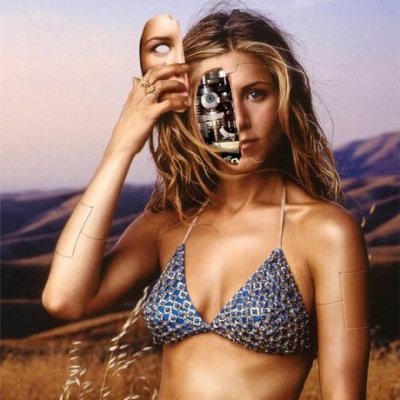 When we look at sci-fi stories or films that depict the future, they usually show some kind of post-apocalyptic chain of events that more or less toy with the destruction of human civilization. What if it's not that simple and our evolution will take us to places we can scarcely imagine? Let's take a closer look at some of the top scenarios about the future of our civilization and find out where we might end up 1,000 or even 10,000 years from now.

1 A World of Cyborgs

Robotics, nanotechnology and the development of innovative medical implants and prosthetics are all leading toward the dawn of what might be called “the age of cyborgs.” One potential future scenario depicts an Earth dominated by technology, where most members of society have become human/machine hybrids, relying on robotic parts to complement and improve their physiology.

Many future scenarios about our civilization talk about the horizon of interstellar travel. While still only a distant dream, this possibility could bring the universe to our doorstep, with colonies spanning across thousands of habitable planets throughout our galaxy, and some even on planets and moons that are to be terraformed.

As quantum computers are expected to go mainstream in as little as 30 years, a future of super-intelligent machines seems inevitable. But unlike the post-apocalyptic disasters some visionaries see – with machines using human beings as slaves to fuel their global empire – another scenario emerges: one in which a unified, benign artificial intelligence network acts as a ruler and gentle guide for humankind, without being capable of inflicting any harm.

With evolution expanding in all directions, technology is not the only thing that the crystal ball of future predictions may show us. Our civilization could one day reach its spiritual and psychological peak at a point where complete control over mind and body becomes possible and our society pursues the goal of global ascension to a higher plane of existence.

A more obscure future scenario shows our descendants deeply emerged into a virtual life that has completely replaced the “real” one. If you thought being addicted to TVs, smartphones and social media was bad, envision a world in which everything from working and socializing to cultivating, buying and ingesting food is controlled virtually, with intelligent machines catering to our every whim, as expressed through 3D virtual interfaces.

Theories such as the ones about the destruction of Atlantis speak of advanced civilizations that may once have inhabited the earth, but were either destroyed in a global cataclysm or have self-destructed by losing control over their technological advancement. As grim as it may look, this is a potential future of humanity, and 5,000 years from now our descendants might colonize other planets without any record or clue of the world we are striving to build today.

Can you imagine a bright, green Earth in the faraway future that is even more pristine than it was before the industrial era? Newly emerging branches of futurism and environmentalism are already planning the development of advanced technologies that could help clean up the Earth and produce an ecosystem free of the onslaught of environmental exploitation.

Without a doubt, the world is evolving at a rate that is starting to exceed even what our imagination can conjure up. The question on everyone's mind is: are we heading for mass extinction or a whole new utopia that we can hardly even dream of? What are your thoughts on this?