8 Touching Family Stories That Will Make You Cry ... 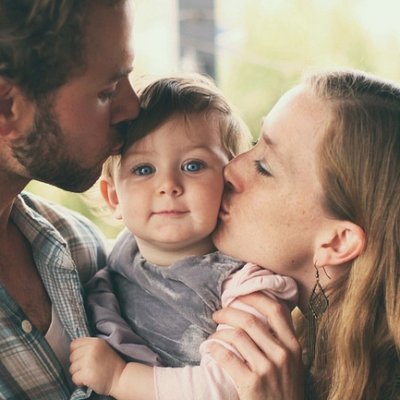 Some family stories are sad, others are incredibly inspiring, and a few may perfectly express the love we feel for that special someone who has stuck by us all their life. There are some stories, however, that have it all and are so moving that they may cause us to shed a tear. Here we will take a look at eight of the most touching family stories ever told.

Just three days after marrying, Anna Kozlov found herself alone again when her husband Boris was taken to join the Red Army. In a harsh USSR, Anna and her family were exiled to Siberia, and despite her husband's relentless search for her, it took 60 years before they finally reunited again, when they both visited the village they were born in.

2 Saving Her Son from a Burning Building

If you think superheroes don't exist, you probably haven't heard this story about a mother who saved her 18-month old son from a burning building. Christina Simoes took her baby and jumped from their third story window, using her own body to shield him from the fall and suffering some serious injuries.

One of the most touching stories about family reunions tells of Richard Lorenc, a man from Kansas who discovered his mother to a renowned Bearded Lady. Vivian Wheeler, who had her newborn baby taken away by his father and put in a foster home, had searched relentlessly for him, until he finally showed up on her doorstep 33 years later.

John Mace and Richard Dorr met in 1950 and fell in love, despite the social restrictions of the time. After many years of hiding their affection, the two were finally allowed to marry when New York legislated gay marriage, showing the world that even the most unlikely dreams can still come true in the end.

Peter Beschorner was searching for his father, Hans, who was held at the Dachau Nazi concentration camp. Mr. Beschorner was shocked to realize Hans had another son before he was a German prisoner, the two half-brothers having both contacted the International Tracing Services in Switzerland to find information about their father.

Avril Grube's 3 year-old son was kidnapped in 1982 and brought up to live in Hungary by his father. More than 25 years later, the two reconnected after Grube's sister found the long lost son on social media. Mother and son bonded again, despite the distance and language barrier.

7 Letter in the Fireplace

In yet another amazing story about reuniting families, Carmen Ruiz-Perez and Steve Smith remarried 16 years after their initial separation due to an unopened love letter found by Carmen in the fireplace. The letter was forgotten for 10 years before rekindling their love when it was found during a renovation project.

8 Born Together and Died Together

Les Brown Jr. had a happy marriage with his wife Helen for more than 75 years. The two were actually born on the same day – December 31st 1918 – and managed to stay together and raise a family despite class difference and disapproval from their parents. Years later, Les died from Parkinson's disease just a single day after his beloved Helen passed away from stomach cancer.

What do you think about these stories? Do you have any other famous moving family stories to share that I haven't covered here?