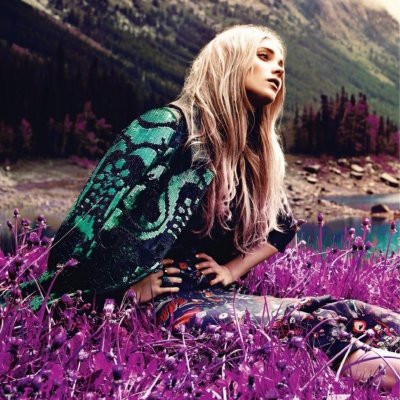 While various ways of using technology to protect nature have been in use for quite a while now, the negative imprint humanity leaves on the environment is still a huge concern. Luckily, scientists and engineers are coming up with some excellent, ingenious solutions to the problem. Some of these exceptional ways of using technology to protect nature are even being put into practice already, and you can expect them to become the norm in as little as 2-3 decades.

More and more builders are considering sustainable architecture. Cool roofs, recycled building materials and sustainable heating technologies, along with the use of cleverly placed plants throughout the buildings to maximize the absorption of CO2, are among the best ways of using technology to protect nature.

2. The Use of Advanced Monitoring Tools

Alongside mapping technologies that can photograph even the smallest objects from satellite, advanced, real-time monitoring technologies are also developed to allow for long distance observation. Several endangered wildlife sanctuaries already use such technologies to monitor habitats located in difficult to reach areas.

Carbon capture is a well-known process that prevents CO2 from entering the atmosphere and stores it in secluded areas instead. Recently, excessive storage has been seen as an environmental threat, and scientists have begun devising ways to convert the CO2 into biomass, methane or mineral carbonates.

This may look like it's straight out of a sci-fi story, but sea swarm robots tackling oil spills by using special substances to detect and collect oil from the sea are currently being developed in modern research centers.

Green roofs and roof gardens are another one of the most ingenious ways of using technology to protect nature in use today. Aside from reducing the greenhouse effect and absorbing more heat and sunlight, these roofs also offer protection from water damage.

This is a growing industry branch that makes use of a combination of advanced chemical, physical and biological purification procedures to ensure the proper treatment of wastewater.

Nanotechnology can be used as an excellent eco-friendly way of producing drinkable water. Seawater desalination through the ion concentration polarization phenomenon is being researched today as a viable alternative to difficult and expensive desalination procedures.

What better way to protect the environment than by taking fossil fuel out of the picture? Several car manufacturers already have popular hydrogen hybrids available, and newer prototypes are on the drawing board for engine and generator designs that run entirely on water.

Normally, solar panels need silicon or a rare metal called ruthenium for solar energy absorption. However, as costs and manufacturing difficulties pose a lot of problems, future solar cell designs are expected to be based on materials such as carbon or grapheme. They will be able to cover a wide range of light frequencies and produce even cheaper heat and electricity to eliminate the use of large, polluting power plants.

As you can see, there are already a lot of intelligent people developing technologies that could effectively benefit both the environment and humanity. Of course, there's still a lot we have to work on - and on so many levels! What do you think is the most important factor in protecting nature?