If you’re a fan of How I Met Your Mother, you’ve heard of this game. Simply be the first person to call out ‘zitchdog’ whenever you see a doggie out the window. While driving a long distance, you’re sure to see a slew of dogs. Even if you’re on the highway for most of the drive, you could see a pup sitting in a neighboring car. If you’re looking for games to kill time on a road trip, start with Zitchdog. Since the concept is so simple, you can play it while you’re in the middle of playing something else.

During a long car ride, music is a must. If you have an iPod adapter or CD player, you can make a game out of your playlist. Let one person be in charge of choosing the song, and have the rest of the car guess what it is and who sings it. Whoever gets the most points gets to be in charge of choosing the music for the next round. If the song is worthy for your ears, put the game on pause so the music can play. 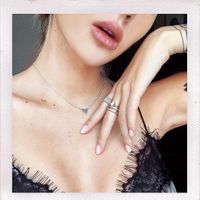 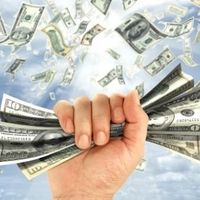 3 Steal from Whose Line

Whose Line Is It Anyway? has some great ideas for dialogue based games. There’s Song Titles, where players can only speak by using existing song titles. Another game involves using the same number of words in every sentence. If you need more ideas, check out a few episodes of the show. You’re sure to get plenty of ideas.

What’s wrong with sticking to tradition? Play the license plate game, where you search for a license plate from every state. Write them down on a piece of paper so you don’t forget which ones you’ve already seen. Or try I Spy, which is able to be played by individuals of any age. When all else fails, settle for rock, paper, scissors.

This one is simple, but will keep you occupied. Pick a color and count how many cars you see with that paint job. Everyone on the road trip has to choose a different color and whoever reaches a certain number first is the winner. Just don’t let the driver get distracted. It’s better for him to watch the road in front of him instead of the vehicles around him.

Obviously the car is no place for a full round of Monopoly, but if you have a game with question cards, bring them along and leave the board and playing pieces behind. You can flip through the questions and keep score of who gets the most correct. Even if you don’t keep score, the questions will still manage to kill time. Just be careful not to spill the cards all over the car.

Create your own game of Bingo. Instead of putting numbers on the spaces, write down different things that you expect to see while on the road trip. You can choose things like ‘we see a religious billboard’ or ‘dad falls asleep in the passenger seat.’ Try to make the things you choose as creative and silly as possible. Laughter will make the ride seem shorter.

Try out these games the next time you’re stuck in a car! What was the longest road trip you’ve ever taken? How did you pass the time?

What meats are considered beef ...
How to eat less meat ...
What to drink if you don't like alcohol ...
Why do you cry while cutting onions ...
What makeup to use for a natural look ...
Whats goat milk good for ...
Is maple syrup a good substitute for sugar ...
How to refuse when someone asks for money ...
Is lamb considered a lean meat ...
What foods make you throw up ...