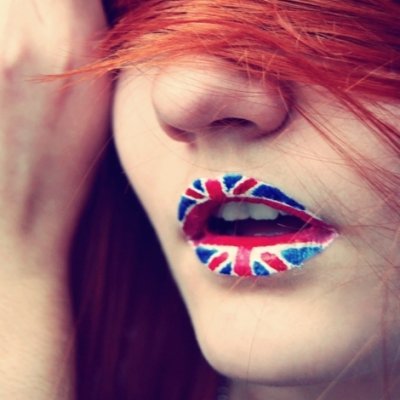 It's not surprising that people in different areas of the world use different words. However, you might as well borrow some of the interesting ones that you hear in order to enhance your own vocabulary. After all, we're all part of the same planet. Here are a few of the best British words that should be used all around the world:

This word means "awesome." Since the words "cool" and "ill" aren't as popular as they used to be, it's about time that we start using something else--something like ace!

You've definitely heard this word before. It's meant to be used when you have feelings for someone. Instead of saying you're crushing on them, you can say that you fancy them.

This is a swear word used in a similar way that we use the dreaded F word. So the next time you're mad at your teacher, you can claim that their class is bloody awful.

Cheeky means "impudent or irreverent, typically in an endearing or amusing way." You know when your crush does something that should make you roll your eyes, but it makes you grin instead? That's cheeky behavior.

This word doesn't have to be used when you're giving a toast at a wedding. You can also use it in order to say goodbye. It's about the cutest way that you could bid someone adieu.

This word means that something is uncool. So if you hate the way that uggs look in summertime, you can say that the trend is naff.

This word simply means food. The next time you're hungry, you can ask your parents if there's any good nosh in the fridge that they can heat up for you.

In other areas of the world, people use this word to describe anger. However, in the UK, it's used to describe someone who is drunk.

This word is used to describe sex. Even though it's explaining something naughty, it sounds like such a sweet word.

This is another word used to describe someone who is drunk. This time, however, it just sounds a little less crude.

This is used when you don't want to curse too badly in front of others. It's similar to saying words like "damn" or "hell."

This word technically means off-center or askew. However, many people use it to describe something that just doesn't look right. If someone calls your hair wonky, it certainly isn't a compliment.

This word should be used when you're absolutely devastated over something. When your favorite singer loses The Voice, say that you're gutted about the finale.

This is a combination of scrumptious and yummy, so it means that the food you're eating is delicious. How adorable is that?

This is used to describe trash. You can ask someone to throw your rubbish in the bin, or you can get in a fight by telling someone that 50 Shades of Grey was actually rubbish.

You have to admit that the British have a way with words. Even without their attractive accents, they would sound as smart as can be. What's your favorite word that you've heard used by the British?