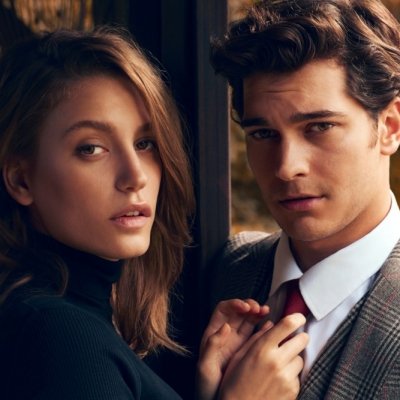 Have you ever wondered what the worst things a girl can say to a guy really are? Even though most guys are easygoing and less easily offended, if you make them feel less of a man, then I must tell you that there’s nothing that bothers a man more than being with a girl that doesn’t consider him man enough. Words are powerful and the way you say something or what you say can make someone see you in a different way. Here are some of the worst things a girl can say according to guys:

One of the worst things a girl can say to a guy is something that is both stereotypical and sexist. For example, try to avoid phrases like, “Guys should do that,” or “Women are meant to act this way.” People are unique and different and there’s nothing more offensive than not taking all these differences into account and presuming that you know how other people act.

The truth is that most guys are annoyed by all those self-conscious statements most girls make. Phrases like, “Do you think I’m fat?” or “Do I look fat?” will only make the guys around you angry, because these are trick questions with no correct answers. Try to boost your self-confidence and work on improving your self-esteem and don’t bother the people around you with all these silly questions.

Guys really don’t like girls who always expect to be treated like princesses. Demanding the royal treatment is a rude thing to do that will only make you seem high-maintenance, immature and even unfair. No one wants to date a person who acts this way, since they will feel like they are never good enough for them.

Try not to make blanket statements about guys if you don’t want to chase them away. I’m sure you don’t like it when people say that girls don’t like to date nice guys and that they always prefer bad boys, so try to avoid saying that all guys are jerks, because this is simply not fair.

5. Talking about Your Ex

One of the worst things a girl can do when she’s with a guy that likes her is to talk about her ex non-stop. Nobody who likes you wants to hear about the guys you’ve dated before them. Focus on them and try to discover what makes them so unique. You may even realize that different is good and that a breath of fresh air is exactly what you needed.

6. Bragging about Being Mean

Another thing most guys don’t like about some girls is the fact that they always brag about how mean they are and how proud they are of their mean behavior. Guys don’t think that being rude to the people around you is an attractive trait and most people will only see you in a negative way.

7. Saying That You Should Get What You Want Because You Are a Girl

There are a lot of things girls can say that can chase away a guy. I just mentioned a few in this little article but I’m sure there are many more that I didn’t include in this list. Do you know any other inappropriate things a girl can say according to guys? Do tell!