The 9 Best Tips in the World for Holding Conversations with Anyone Anywhere ... 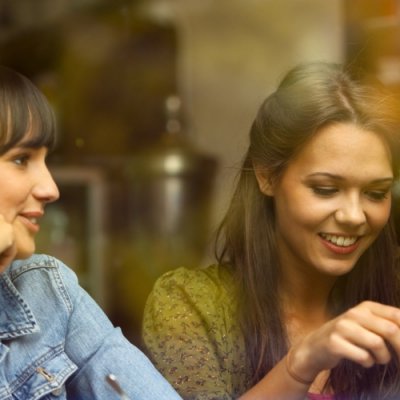 Conversational skills are essential. I mean, we can all say words, so we can all have conversations. If you’ve ever sat in an awkward conversation wishing that you knew what to say, though, you’ll know the value of being able to start and continue conversations with everyone. It’s super important. It’s the way that you get to know people, and the way that you show people who you are, and get further in life. Here are some great tips if you need a helping hand!

1 Learn to Talk with Someone

We have a horrible habit of learning to talk at people, rather than with them. Practice involving both people in the conversation. Listen to the other person, and respond to them accordingly. Tell them things when the time is right, and when the conversation calls for it, rather than lining them up in your head. Don’t spend the entire conversation waiting to talk. Remember that to be a conversation, it can’t be all about you, so you should listen as much as you talk.

You only need one person to start a conversation with you whilst standing far too close and breathing tuna breath over you to realize how important personal space is. Don’t be that person. Give people space to feel comfortable. If you crowd people, they will freak out and flee the conversation.

3 It’s Not a Competition

You don’t need to one-up everything that you’re told. It’s a really bad habit, and it’s difficult to break, but it’s important. Being told a story isn’t a prompt for you to wade in with a better, more exciting version, even if it’s true. Let the person have their moment, appreciate it, and tell your story at a much later date if at all. You don’t want to be the person that always has to be better.

If your conversation has more than one other person, you run a high chance of someone being interrupted at some point. It goes right back to that first tip, where we talked about talking with people, not at them. If someone is interrupted, help turn the conversation back to them. Wait for the interrupter to speak, and then ask the person they interrupted to continue. Be polite and friendly, but let the person know that you were listening and you did appreciate their thoughts. Otherwise, they could be too embarrassed to say much else.

Some shy people find it impossible to get involved in conversations. Be a good host and help them out. If someone looks timid and shy and hasn’t contributed yet, ask them a question. Odds are, they want to speak, but couldn’t find a good topic or moment to jump in to the conversation. Just make sure you pick that question well. Nothing too difficult!

If you’re merging groups of people, or indeed single people, who know each other, then make sure you introduce them. It doesn’t really matter if they will never meet again. It’s polite to introduce people, and it can make everyone a bit uncomfortable if it gets skipped. It can be quick and informal, but make sure you offer first names at least.

How often do you reply to something that you’re told with “I know?”. It’s probably more than you think. Even if you did already know, pointing out just makes you sound kind of cocky and rude. If you do need to say that you already knew, try saying that X mentioned it the other day, or you read it online, or even adding to the conversation. Don’t just say “I know”, though. It’s a pet peeve of so many people.

Let everyone in the world finish before you start speaking, unless you’re telling them that the place is on fire. Seriously. It’s demeaning and rude to speak over someone, and it ruins the atmosphere. Learn to bite your tongue. It doesn’t matter how badly you need to speak, or how much you need to speak. Wait.

When conversations fall flat, it can be embarrassing. Really embarrassing. Don’t point it out, though. If an anecdote falls flat, let it fall and move swiftly on with the conversation. Asking why something is interesting or funny isn’t witty or amusing; it just makes you a jerk.

Finally, look for clues that someone needs to go, or wants to finish the conversation. Let them go, when they do. If they’re no longer responding, are looking away or seem disinterested, let them leave. Have you got any great conversation tips? I’d love to hear them!