7 Strange Mysteries That Have Been Recently Solved ... 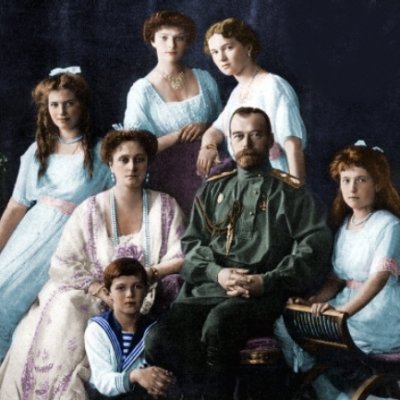 We’ve loved strange mysteries and tried to find answers to them probably from the beginning of civilization. When we do decipher them, many of them turn out to be less fascinating than we thought, unfortunately, while others are even more mind-blowing than initially thought. Check out these strange mysteries we have recently found answers for, after years of waiting and wondering.

1 The Disappearance of Princess Anastasia

One of the strange mysteries of our times was the disappearance of Princess Anastasia, the youngest of the Romanov children, during the Russian Revolution of 1917. The hope that she may have survived has died in 2007 when fragile new bone remains were discovered. With the help of genetic sequencing, scientists were finally able to put this age-old mystery to rest, concluding that the princess Anastasia was killed along with her family.

Scientists have discovered some time ago that the sun’s corona can actually reach millions of degrees, compared to “only” 10,000 degrees on the surface. Modern technology has solved this mystery as well, a spectrograph machine revealing small flares that are responsible for heating up the sun’s atmosphere.

It’s no secret that there are many strange mysteries scientists still can’t find an answer to. This wasn’t the case, however, for the Chilean whale graveyard, a strange place where as many as 40 different species of whales seemed to have died in exactly the same spot. Modern science has revealed this happened gradually over the span of 20,000 years, and the whales were killed by toxic algal blooms which can still be found in Chilean waters today.

4 The Disappearance of the U-26 Submarine

In August 1915, the U-26 German submarine disappeared somewhere in the Baltic Sea along with its 30 crew members. A lot of speculations were made about its disappearance, but after 99 years, the sub was finally found in 2014 in an area in the Gulf of Finland that was heavily mined by the Russians during the 1st World War to keep German vessels away.

With the help of modern computer x-ray tomography, researchers have finally put to rest the mystery of the Antikythera mechanism. The device - which uses a differential gear and advanced mechanics only found in 18th century clocks - dates back to around 200-100 BC and is considered to have been built by the Ancient Greeks for accurately calculating astronomical data and even predicting eclipses or recreating the moon’s irregular orbit. It seems that knowledge of such technology did exist in Antiquity, but was lost at some point and redeveloped centuries later.

6 The “Fairy Circles” of South Africa

The unusual circular patches of land found in South Africa were considered for some time among some of the strangest mysteries in the world. Indigenous people believed them to be footprints of the gods, but upon closer inspection, scientists eventually discovered that they’re actually caused by burrows of sand termites eating away at the local vegetation in distinct circular patterns to encourage plants to grow around the edges of their colonies.

The bloop is a strange ocean sound previously believed to be coming from some sort of large marine creature living deep in the heart of the Pacific Ocean. Recent findings, however, point out the sound is produced by ice quakes caused by melting sea ice.

There are countless other strange mysteries in the world today that still haven’t been solved, but science hopes it will lay them to rest in due time. Which of the above is your favorite?