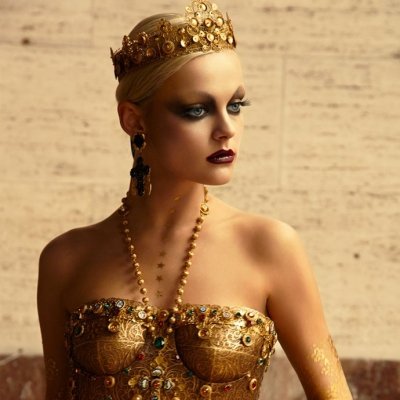 Our history is littered with examples of crazy kings and queens, and there are so many interesting stories waiting to be explored. It's difficult for me, someone from the UK, to imagine a time when a country was ruled entirely by the will of one person, simply by virtue of their birth. Whilst some monarchs in our history arguably did quite a good job, some of them were out and out crazy; the fact that they were often still allowed to rule makes it an even more fascinating time. How powerful they must have seemed to keep control of an entire country, despite being clearly unfit to rule. History is littered with the power hungry, the sadistic and the tyrannical - and here are ten of the craziest of crazy kings and queens.

The most notorious of all crazy kings and queens, King Vlad of Wallachia (Southern Romania) was so infamously cruel that he surpassed history and became myth - it's said that Bram Stoker's Dracula is based on Vlad, but he's even more terrifying in reality. Ruling through fear, his favourite method of execution was death by impaling. There are countless horror stories about him; one example is the forest of spikes he allegedly surrounded his castle with, impaling & killing around 20,000 people.

Poor old Carlos was the product of severe inbreeding, resulting in extensive emotional and physical handicaps (his mother and father were niece and uncle). As well as significant physical deformities, he was a hypersensitive and mentally ill monarch; once demanding that the coffins of his relatives were dug up and opened so he could look at them. He also believed himself to be bewitched.

Upon her marriage, Juana become completely and dangerously in love with her husband, Philip the Handsome. After he perished from typhoid, she consistently requested the coffin be reopened so she could gaze upon his face, kissing and caressing him...months after his death.

In a reign characterised by manic episodes, he once slaughtered four of his men after being frightened by page dropping a lance, and had iron rods sewn into all of his clothes to prevent him shattering - as he believed his bones were made of glass.

As well as losing huge amounts of territory, ancient historians claim that Justin was certifiably insane - hearing voices in his mind and biting servants on the head (one legend even claims he ate two of them). Apparently, the only way to calm him down was pushing him around his real castle on a large toy castle, at high speeds.

Originally intended as a puppet ruler, Anna had other ideas - spending the ten years of her reign tormenting the aristocrats who had hoped to manipulate her. The craziest thing she did? She arranged a marriage between one of the old princes and her maid, organized their wedding and had a palace made of ice for the occasion. She made the wedding party dress as clowns and spend the night in the ice palace, during one of Russia's coldest winters. And Russia is COLD.

Sultan Ibraham succeeded in bringing the Ottoman Empire to a state of collapse in a remarkably short time - he was obsessed with obese woman, and gave his 'Sheker Pare' ('piece of sugar'), the fattest woman his officials could find, a government pension. He was also regularly spotted feeding his fish golden coins and once drowned 280 members of his harem in the Bosporus Sea after hearing that they were compromised by another man.

Better known as Ivan the Terrible, his is quite a tragic story. After his parents died, he was severely mistreated and abused by government officials for years until, at the age of 14, he seized power by feeding the head of government to a pack of dogs. Whilst implementing some positive changes during his reign, he also massacred huge numbers of his people - including his eldest son.

Arguably the worst ruler on this list, Caligula was extraordinarily sadistic, to the point of psychopathy. A couple of examples - he liked to chew on the testicles of his victims without biting them off, having them hung upside down before him. Another one - after a man insulted him, he had him and his entire family slaughtered in age order, leaving the youngest, 12 year old daughter until last. After a member of the crowd said she couldn't be executed because she was a virgin, he had her raped and then killed. He also publicly had sex with his sisters, at banquets and so on.

There are many, many more not included on this list and even more if you look outside of ruling monarchs. What's the craziest story you've ever heard about royalty?