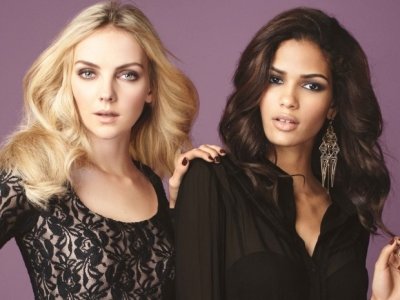 If you’re a chronically late person (like me…I’m actually ashamed to admit this, but it is true), then you should learn the most common habits of punctual people, so you’ll be able to arrive on time and don’t let others wait for you, because I’m sure you know how frustrating this is. Researcher Diana DeLonzor, author of “Never Be Late Again: 7 Cures for the Punctually Challenged” says that “Repetitive lateness is more often related to personality characteristics such as anxiety or a penchant for thrill-seeking.” and that “Most chronically late people truly dislike being late, but it's a surprisingly difficult habit to overcome. Telling a late person to be on time is a little like telling a dieter to simply stop eating so much.”. I do know how hard it is to arrive on time. I always try to achieve this goal, I’m always stressed out because I fear that I might be running late, but somehow I just can’t be there on time. I did a lot of research on this matter and here are 7 of the most common habits of punctual people that you should adopt if you are chronically late:

1. They Give Themselves Buffer Time

Among the most common habits of punctual people is the fact that they always give themselves buffer time. For example, if they know that it takes 15 minutes to reach their destination, they allow 20-25 minutes, just to be sure that they’ll be there on time. After all, you never know what can happen, you might encounter a traffic jam, you might realize you forgot something and you need to got back, you might run into a friend on the way or maybe the bus will not arrive on time. It’s best to be prepared for these kind of events, so you won’t be late.

2. They Have Realistic Expectations

Punctual people always have realistic expectations; they know how long it takes to do a certain thing. Apparently, chronically late people engage in something called “magical thinking”. Diana DeLonzor explains this phenomenon: “If once, 10 years ago, they made it to work in 20 minutes, they believe that’s how long it should take. They forget about the 99% of the times that took 30 minutes.”. She suggest writing down how long you think it will take you to do a few simple things during a week like showering, getting dressed, driving to work and then, simply track how long these activities really took you. She says that usually chronically late people “are often off their time estimates by 25% to 30%”.

Punctual people are very organized and their habits are highly structured. They always have a schedule and also, they make sure not to schedule certain events too close to one another, to avoid overlap. In order to avoid being late all the time, try putting more routine and structure in your life and try doing things differently. Stay organized, follow your schedule and you will always be on time. It will be hard at first, but you’ll get used to it, and you’ll become one of those punctual people you admire in no time.

Punctual people don’t mind arriving early; they’re okay with waiting. They just feel good, because they got to where they’re supposed to be on time. They usually carry a e-reader or a book and they do something productive while they are waiting; they always find something fun to do and they always manage to entertain themselves.

5. They Wake up Early

I’ve noticed that the people who are always punctual and well-organized, get up early every morning. This way, they can take care of all the things they need to do and they also give themselves buffer time just to make sure they don’t hurry or that nothing will stand in their way of achieving their goals. Punctual people wake up pretty early in the morning, even if they would prefer to get more sleep. Yet, they know that if they do that, they will be running late and they can’t let such a thing happen.

Punctual people don’t procrastinate. When they have to do something, they just do it, they don’t look for excuses and they don’t pay attention to all the distractions that are around them. By taking care of their responsibilities on time, they avoid all that unnecessary stress associated with deadlines. They are very effective and they don’t like to postpone things; the sooner they do it, the better.

In order for them to be able to get up early, they need to get enough sleep at night. They sleep at least 7 or 8 hours every night and they go to bed early, so they’ll be able to get up early the next day and take care of all the things they have to do. Punctual people sleep well and because of that, they feel rested in the morning and they just get to work as soon as possible.

Being punctual is not so easy; you need to put a little effort into it and you do have to make some sacrifices (like letting go of that extra half an hour of sleep every morning). Are you a punctual person? What do you do to be this way? Do you know any other habits of punctual people? Please share your thoughts with us in the comments section!