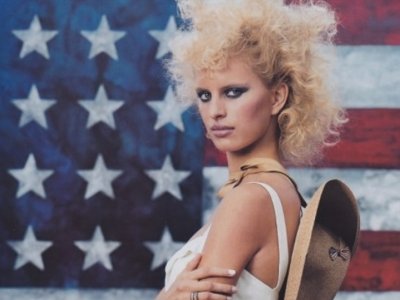 In you believe in equality, it’s important you know some facts about Women’s Suffrage. Every woman who believes she is strong, powerful and able to accomplish anything should appreciate what our amazing forebears went through for us to be able to enjoy the freedoms we have today (even if you believe there is still a long way to go for us to have equal rights!) Here are some interesting facts about Women’s Suffrage to know and be thankful for.

One of the most interesting facts about women’s suffrage I learned while writing this is that there were two categories of women who were fighting for our rights. The original movements in both the USA and UK began by women known as suffragists. As more militant action was sought and the movements splintered into various parties, the more forceful women became known as suffragettes.

2. Where It All Begins

We can date the beginning of the Women’s Suffrage Movement in the USA to 1848. For 2 days, women and men met in Seneca Falls, NY at the first Women’s Right Convention, to discuss and debate the issues and aims. At the end of the convention, 68 women and 32 men put their signature to a set of 12 resolutions, known as the Declaration of Sentiments, calling for the right of women to vote and the equality of treatment for women and men under the law.

Of all the important facts about women’s suffrage, you might be surprised to learn that the 19th Amendment to the American Constitution that granted the right for women to vote was actually only passed by ONE vote. Consensus usually points to Harry Burn as the man who swung things the female way. His mother wrote him "to do the right thing” and when he voted YES, Tennessee became the 36th state to ratify the Amendment. This was in 1920.

4. More than the Vote

We so often associate the suffrage movement with the right to vote but in reality, it was so much more. The cause was really the rights of women in all aspects of life. In the early 19th century, women had few rights (it had been this way throughout history.) It wasn’t until the 1840s that women banded together to fight for legal changes to give them rights over property and even their own children, which up until then had “belonged” to the husband according to most states’ laws.

While in Britain women were handing in petitions and protesting outside Downing Street and at events where Royals were in attendance, in the US women set a new standard. The Suffragists were the first group in US history to picket the White House.

I mentioned at the beginning we should remember some of the facts about women’s suffrage and one of the reasons is to remember just how strong these women were and how far they pushed themselves for the cause. Women were jailed throughout the time of the Suffrage Movement for demonstrating for the right to vote and many of them went on hunger strike during their incarceration. The decision the men made to deal with this was to force feed them. And some prominent leaders in the movement were treated even more harshly. For example, Alice Stokes Paul, who was the leader of the National Women’s Party, was subjected to solitary confinement in the mental ward of Occoquan Workhouse Prison (she was released in November 1917).

As I just mentioned her, perhaps we ought to know a little more about this amazing woman. After meeting the Pankhurst sisters (the leaders of the Suffrage Movement in Britain), Stokes stepped up her belief in the cause and became more strenuous and forceful in her protests. At odds with the leaders of the National American Women Suffrage Association, Stokes broke away and formed the National Women’s Party and ramped up the campaign. It was under her leadership that there was picketing at the White House and other notable demonstrations. She continued her struggle until the 19th Amendment was passed but didn’t stop there. The right to vote was just one cause Stokes was passionate about. Her life was dedicated to the betterment of and equal rights for women and in 1923 she penned a proposal for an Equal Rights Amendment. In 1972, both house of Congress passed the ERA and although it has not to this date been ratified, Alice Stokes lived long enough to see many US states adopt the ERA into their constitutions. Stokes died in 1977 and was inducted into the National Women’s Hall of Fame in 1979.

Women’s suffrage is a fascinating story full of inspirational characters, some of whom were even prepared to put their lives on the line for the cause of rights for women. Do you find it interesting? Can you imagine life today without the freedoms the suffragists/suffragettes fought for?