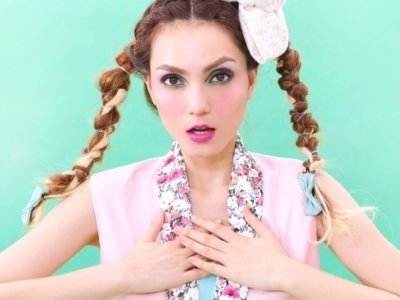 Even in the 21st century, women are still subjected to double standards. If anything, it's worse in some ways than it used to be. The media, for example, analyses and criticises the looks and bodies of female celebrities in minute detail. Women are also often criticised for behaving in ways that are acceptable for men. Here are some infuriating ways that women experience double standards …

One of the most annoying ways in which women experience double standards is on the issue of dating a younger man. When men date a younger woman, nobody notices. It's not seen as worthy of comment. Look at the number of male celebrities who date younger women. But if a woman dates a younger man, she is the subject of jokes or critical remarks.

Yes, the sexual double standard still exists. A woman cannot behave the same way as a man. If he has several partners, that's okay - he may even be lauded for it. A woman who has a history is often seen as somehow lacking in morals and selling herself short. One-night stands are almost expected of men, while women doing the same are cheap.

Drinking too much isn't smart for anyone. But again, it's almost expected of men that they will enjoy drinking. Men who don't are seen as unmasculine - but that's for another article. Women who go out and get drunk are copying men in one of the worst ways. It may be true, but excessive drinking should be wrong for everyone, not just for women.

When you read an article about a single dad, he is praised to high heaven. What a marvelous job he's doing, raising his children all by himself! Yet single mothers are often the target for criticism. They are accused of depriving their children of a father and costing the State millions. No mention of the fact that they are doing a difficult job the best they can.

You know, this happens to us all. But while men mature, women age. Grey hair on a man is distinguished, but a woman has to color her hair. The media constantly picks on female celebs for not looking like they did 20 or 30 years ago. And if they dare to refuse to go the Botox/fillers route, they're subjected to endless articles on how rough they look.

Women are given the message that skinny is desirable, and pressured to lose weight. But if you do that, you're vilified for somehow promoting the idea that skinny is desirable. Nobody's telling guys to drop some pounds. It seems that women can't win. If they carry some pounds, they're unhealthy and unattractive. If they lose weight, they must have an eating disorder …

Guys can walk around with their shirts off in summer. But if women tried it they'd be arrested. Even if it were legal, they'd have guys hooting at them. So they'd end up covering up anyway. Why are breasts invested with such importance? Is it seeing women purely in sexual terms?

We shouldn't forget that men also experience double standards. Women can wear what we want - nobody thinks twice about a woman wearing trousers - but a man in a dress is a drag queen or an object of ridicule. Whoever they are aimed at, double standards are wrong. Everyone should be treated equally. Which example of double standards annoys you the most?