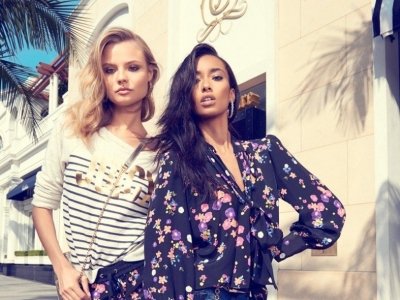 Childbirth is one of the main reasons why being a woman is a challenge. Although it is quite a miracle to bring life onto this earth, women have to go through excruciating pain beforehand. Not only do we suffer from physical changes and adaptations throughout a span of nine months, but we also have to spend hours and hours in labor. While observing women in labor is not a fun task either, men still have the luxury of never feeling this type of pain in their life.

As if labor pain is not unfair enough, women also have to suffer through their menstrual cycle on a monthly basis. Not only is it uncomfortable and painful, but it also prevents us from enjoying certain things that we could have enjoyed if it weren’t for that time of the month. In addition to that, we also have additional expenses of purchasing pads and tampons!

Today’s media and society overall have put unimaginable pressure on women around the world to look beautiful. We are expected to have a fit body, clear skin, perfect posture, silky hair, and stylish fashion sense. For most women around the world those things are not possible, but we still struggle to somehow fit society’s standard of beauty.

You would think that in the 21st century everyone would be equal, but that is not the case. Although sexism is not a major problem, there are still double standards that differ for men and women. For example, when a guy has a record of many girlfriends, his friends praise him but when a woman goes through several boyfriends, people call her promiscuous!

Women have many high expectations to meet as they grow older. We are expected to build on a family, raise our children, maintain an organized and clean house, and cook for our family. In addition, somehow in the midst of all of those things, we should be able to build our own career and reach our lifetime goals.

As I have previously stated, women are considered to be ‘equal’ in today’s society, but how is that possible when we still get lower pay than men?! In fact, according to the new data from the U.S. Census Bureau, women earned only 77 cents for every dollar that men earned in 2012. This gender wage gap is due to the fact that women are underrepresented in high-earning fields, which is very disappointing.

Men often underestimate women when it comes to sports, work, and other abilities. Despite what some people may believe, women can pull their own weight! We can work just as hard or even harder than men when it comes to work or sports. While we can definitely act like fragile and innocent ladies, we still have our own backbone and drive that take us far in life!

While men have an accumulation of their own gender-based problems, these are just some of the important obstacles that women have to face just because they are women. What are some other aspects of being a woman that come as a challenge in your opinion?