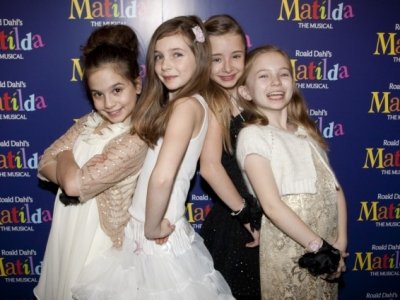 Growing up, watching the movie “Matilda” was one of my favorite pastimes; I would find copious reasons to watch “Matilda” at all hours of the day and night! Loosely based on the critically-acclaimed novel by British author Roald Dahl, I was completely enthralled by this story of a brilliant young girl who uses her telekinetic powers to deal with the unfortunate events and people surrounding her life. When word came around that a musical was in its post-production stages, I jumped at the chance to finally get to experience this compelling tale once again. Currently playing at Shubert Theatre, I never expected to fall devastatingly in love with this amazing play; seeing that it is more so based on the original novel and not the movie made me feel like I was experiencing the story for the first time! These fool-proof reasons to watch “Matilda” on Broadway are sure to get you to catch the next train into the beautiful city of New York and explore what this musical has to offer.

Watching the brilliant adaptation inspired me to go out and read the original novel, leading to one of my top reasons to watch "Matilda." I found myself becoming captivated with the intricate plot line. Discovering the complexity of the plot has been both incredibly fun and utterly heartbreaking.

I am in awe of how magnificent the cast of "Matilda" is; featuring veteran Broadway actors and dancers, I found that the story was more intriguing because of how highly convincing the cast was. I remember sitting at the edge of my seat and having to stop myself from applauding them for their spot-on performances during the duration of every scene. Watching each actor and dancer expel such great efforts to keep the audience beguiled led me to congratulating them on a job well done after the show.

I freely admit that this next point may be based on my bias for the art of dancing. Out of all the elements that go into Broadway musicals, I always find myself more invested in the dancers and complex but fun choreography. Watching "Matilda" was certainly no exception. There are copious dance numbers that will have you laughing and cheering the dancers on. I was pleasantly surprised to see my favorite dancer Clay Thompson (“West Side Story,” "Oliver," “Newsies”) splendidly perform different tracks (characters). Judging from the people around me, I wasn't the only person charmed by his pure talent!

I am extremely impressed by the play's musical accompaniment; it is difficult for me to pinpoint just one song as my favorite! Take a look at their live television performances and you are sure to concede this point; more specifically, catch their “Revolting Children” performance on “Good Morning America.” One thing is for certain: Every song is sure to get you up on your feet and dancing!

The amount of moments that are purely comical in nature is awe-inducing. It will be hard not to erupt in a fit of laughter at quite a few of the scenes featured in the play. I wholeheartedly applaud the actors for successfully portraying the humorous moments from the novel.

Would you believe that I paid considerably less than the original price of the ticket to see the show? A lottery is essentially a ticket with a price that has been greatly reduced. Taking part in the lottery and actually winning made the play that much more special for me.

The greatest bit about watching Broadway shows is seeing how well the actors play off of one another. Being a part of a tight-knit community and having it translate beautifully via the interactions between characters is an amazing feat. Getting a single glimpse of each character alone made me aware of the chemistry between everyone in the cast.

Based on these elements alone, this musical adaptation is sure to please an array of people with diverse interests. Make sure to catch this marvelous musical on Broadway! What other Broadway shows are you yearning to see?