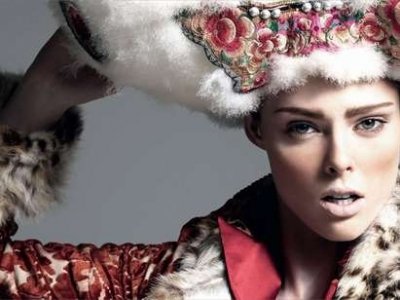 I challenge you not to be astounded by these crazy facts! I had so much fun putting together this article and I can honestly say I was so surprised by some of the amazing things I discovered about the world. Knowing all sorts of facts is a not only a great conversation starter, but it gives you a huge advantage at Trivial Pursuit! These crazy facts are sure you shock you, so get reading!

Did you know that lobsters are essentially immortal? Yes, lobsters can be killed by external forces such as humans or other animals, but they show no signs of ageing, they don’t get hungry and their organs stay functionally perfect. Out of all the crazy facts, this one I found to be the most amazing!

Apart from being very cool animals, hippos also do something quite out of the ordinary: they secrete a liquid out of their skin which works as a sunscreen. This oily liquid is red in colour! This secretion, however, does not help to protect hippos’ skin against the sun - it will crack if it’s out of water for long enough.

3 Was Humpty Dumpty Even an Egg?

Think back to the famous nursery rhyme, Humpty Dumpty. The egg that sat on the wall, fell off, broke into heaps of pieces and no one could put him back together again? But wait - why do we think Humpty Dumpty is an egg? Have you noticed that there is nowhere in that rhyme that even says the word ‘egg’? Weird!

At the time of the Great Pyramid being built in Egypt, there were still mammoths alive on Earth! This fact totally throws your perception of history’s timeline and is a very cool one to drop into conversations if you get a chance. It will definitely confuse anyone you’re talking to!

You know those holes in the tops of Lego men? They were actually put there so that if a child swallowed one by accident then they wouldn’t choke - the hole in the plastic would still allow them to breathe! This is also the case for the holes in pen lids. I love this fact - what a great idea!

Shark attacks are definitely something that play on a lot of people’s minds, especially those who spend a lot of time at the beach and in the ocean. That being said, on average sharks kill 12 people per year worldwide, and humans kill around 11,500 sharks per HOUR worldwide. Who’s the real killer here?

When Stephen Hawking was younger, he came up with the absolute best way to prove the existence of time travel: he sent out a bunch of party invitations to people who claimed they could travel through time. The invitations had one catch though - the party they were invited to had already happened. As you can imagine, the theory was debunked because no one turned up!

American Airlines thought they would try to save money by taking out just one olive from every salad they served in first class. The result? They saved a whopping $40,000! It just goes to show how something so small, like an olive, can really add up in the grand scheme of things.

Every panda in the world is actually the property of China. If you ever see a panda anywhere other than in China, then it is simply on loan. Each panda is rented out for a ten-year period at a rate of US$1 million per year, and any cubs that are born to each panda automatically belong to China.

Starbucks, known as being one of the best companies in the world to work for, spends more money each year on healthcare for its employees than it does on its actual commodity - coffee. This just goes to show how much Starbucks values its employees, and healthcare is a wonderful thing to provide them with.

In the beautiful country of Norway, the government charges its citizens half the tax it normally would so that everyone will have enough money to go shopping for Christmas. How lovely! This is such a thoughtful way to spread the Christmas spirit and no doubt it makes the Norwegian residents very happy.

I hope you enjoyed reading these amazing facts and, most importantly, that you learned something! These definitely shocked me so I’m super excited to hear your feedback! What is your favourite random fact to tell people? Do tell!