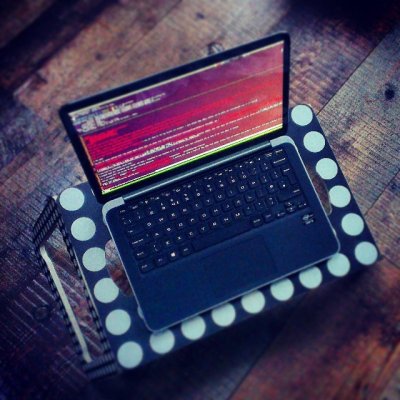 Everyone in this day and age is pretty tech savvy, which is why it shouldn't be too difficult for you to figure out how to use HTML. Knowing the basics of it can help you land a job or create a website in order to promote your business. The first thing you should know about HTML is that everything you type should sit within less than (<) and greater than (>) signs. Here's some basic HTML knowledge everyone should learn right away:

2. How to Create a Heading

3. How to Create a Paragraph

4. How to Center Text

If you want to center your text, simply type the word center between the less than and greater than signs to start it and then /center to end it. See how simple it all is? You don't have to memorize much, because everything is pretty self-explanatory.

5. How to Use Italics

6. How to Change the Font

This one is a bit more complicated. First, you should type a less than sign, then font size="3" color="red" and then a greater than sign. After you type the text that you wanted to type, you can end the command by simply typing /font between the less than and greater than signs.

7. How to Link to Another Page

This one is the trickiest yet, but don't get discouraged. In order to create a link, you need to type in a less than sign, then a href="http://www.htmldog.com" and then the greater than sign. Of course, the link in between the parenthesis should always change. Just copy the URL that you need to use and paste it in that exact spot.

As long as you make sure to type in the code exactly as it's meant to appear on screen, you won't have a problem. The basics of HTML aren't all that hard, so you should be able to grasp them in no time. Are you a pro when it comes to HTML?