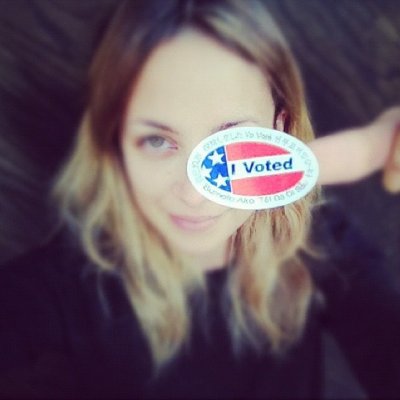 How do you feel about elections? Do you dither about which party should get your vote, or wonder if it's worth voting at all? Voter apathy is common, and many younger people feel that politicians don't represent them or understand their point of view. But voting is important, and even if you're not a big fan of any party here's why you shouldn't waste your vote …

1. Women Denied the Right to Vote

It's not all that long since women gained the right to vote. Even now, in some countries, women may have the right to vote, but often don't use it because of social conventions. Don't you think that those women would like to be able to use their vote and have a say in how their country is governed? It's a shame to waste your vote …

2. You Can't Complain if You Don't Vote!

We all love complaining about our governments and elected representatives. But if you don't vote, then you really shouldn't complain, as you did nothing to stop them being elected! Voting may not lead to the perfect system, and we won't agree with everything the party we vote for does. But abstaining does make it difficult to justify complaining …

It may not seem that an individual vote has any effect, but if everyone who says that did actually vote, then all those votes will add up. We can influence policy by voting for a party who has the policies we believe in. It can also have an effect if you tell the politicians campaigning for your vote what you want them to do - some of them do listen!

4. Nothing Changes if You Don't Vote

I know it seems that nothing changes in politics - it's the same old faces and parties. But there's one thing you can be sure of if you don't vote - nothing will change. Put your vote in the box, however, and there is a chance of changes occurring. Abstaining and apathy are guaranteed to have a negative result.

5. Representative of the People

If only a certain demographic votes, the policies of the party they elect will only represent that group and what they want. The more people that vote, the more the government will be representative of the people it governs. Just because you're young doesn't mean that you shouldn't have a say - you have a right to vote.

6. Have a Say on Issues That Affect You

You may think that politics has nothing to do with you, but that's not the case. The decisions that politicians take affect every part of our lives. From relations with other countries to financial issues, from education to healthcare, politics is there every single day. Be part of the process by having a say on issues that concern you.

7. It's a Right That People Are Still Denied

At least we can be certain that in western democracies we have fair and free elections, where we can cast our vote anonymously. In some countries, votes are manipulated and people may even be threatened to make them vote a certain way. You can vote freely, so don't waste that precious right.

So once you gain the right to vote, use it, whether in local or national elections. What do you think are the most important issues facing young women today?