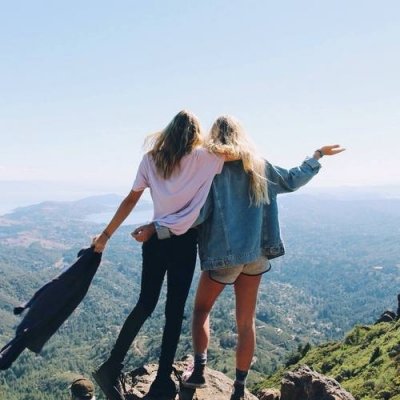 The media isn’t always as helpful to issues of social justice as we would like; in fact, it’s sometimes the enemy in the war against sexism. The objectification and sexualization of women often result from the media depicting women poorly. Part of fighting sexism is being aware of all the ammunition being used against feminism, so check out these infuriating ways the media misrepresents women.

One of the most harmful ways the media misrepresents women is simply by under-representing women. Women are essentially invisible in film, making up only 23.6% of speaking roles. (Source: ew.com) When you think about it, it isn’t difficult to believe—movies targeting a female audience still have several complex male characters as love interests. But what do movies targeting a male audience have? Women waking up in bed, pouring a beer, or dancing on a pole for the main male character. And cars.

If you watch a movie with a board meeting scene of business people, lawyers, politicians, etc. you’ll see one, maybe two, women. I started noticing this trend recently, after learning that women make up only 14.6% of executive officers in the U.S. (Source: americanprogress.org) Before America ever elected a black president, several films featured black presidents, and the public’s view of black men in power began to shift. Why, then, doesn’t the media take a stance on sexism and depict 10 women in a board meeting and 2 men? Rather, women are seen more at home, running around a kitchen or chauffeuring their children to school. While there is nothing wrong with that, of course—stay at home mothers are extremely valuable in our society—it limits women by making it seem like they only have one option.

Women in the media are constantly sexualized, as if their value comes from their bodies and what those bodies can do for men. This isn’t simply in film, but also on TV, in music videos, and video games. Female protagonists in action films generally wear tight or revealing clothing and lack as much characterization as male characters. This is detrimental to our society because young boys watching these films grow up thinking women are sexual objects without depth and complex emotions, as well as believing that women are the inferior sex.

4. Will the Perfect Woman Please Stand up?

Fact or fiction: Only one woman is beautiful, she has double D breasts, a 22-inch waist, a Kim Kardashian butt, and supermodel length legs. If you look in the mirror right now, odds are you won’t match that description, but you know you’re a gorgeous goddess with unparalleled beauty... so how can that be fact? Yet the media tries to convince us that the “ideal body” is more common than it is via photoshop, distorting a body image and destroying self-confidence.

Just as the media claims that only one body type is beautiful, it assumes that only white women are beautiful, and therefore they are far better represented by the media than women of any other race. Look at the Disney princesses, for example: out of 11, only 4 are non-white. For our non-cartoon starlets, Beyonce for instance, we see skin-lightening techniques used on an already light-skinned woman when photos are edited for magazine covers. Additionally, women of African, Arab, Asian, and Latin American decent are often underrepresented in film. 74% of female characters are white, 11% black, 4% Latina, 3% Asian. (Source: indiewire.com)

6. Breaking News: Women Are Underrepresented in Broadcasting, Too!

It’s not just scripted films and magazine covers that are biased toward men; TV news anchors are mostly men as well. CBS evening news had 95% male anchors, NBC 93% in 2014. ABC News and PBS: NewsHour, however, skew the national average being comprised of 58% women and 93% women anchors respectively. Still, overall women make up only 36.1% of newsroom workers seen on television, which perpetuates the stereotype that women are less informed about social and political issues than men. (Source: wmc.3cdn.net)

The older women get, the less you see them in film. Women over 40 comprise only 30% of all female characters, whereas men over 40 account for 53% of all male characters. (Source: indiewire.com) This bias causes a vanishing act for women between ages 30 and 50-something, when they can hit the screen again, if they're lucky, and begin playing grandmother-types.

Overall, the media has hurt the feminist movement quite a bit in recent years, and it’s your job to change it. Support films directed by and starring women, be vocal about your anger toward the issue, let your voice be heard so that a change begins. What makes you angriest about misrepresented women in the media?