7 Things That Happen when You've Known Someone Forever ... 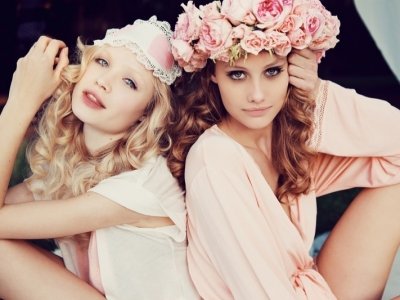 Essentially there are no boundaries when you’ve known someone forever and remained close friends despite the distance, time and drastic life changes. You’ve seen each other at your worst and you’ve been with each other through all of the bad haircuts, awkward relationships and random phases. At this point you’ve probably already lost the meaning of ‘personal space’ and bickered like an old married couple! Those are the things that happen when you’ve known someone forever in addition to the following…

1 You Understand Each Other without Saying a Word

Words are extraneous when you’ve known someone forever! At this point your minds function at the same wavelength so you can basically communicate through looks and body languages. How many times have you looked at your friend and understood exactly what she meant?

2 You’ve Talked about Absolutely Everything

After spending years in each other’s company, nothing is taboo when it comes to making conversation. You’ve probably discussed everything that is worth talking about and everything that is not! I bet you, you even got into hour-long discussions about ‘what if’ topics.

3 You Have Their Parents on Speed Dial

Once you have been really close with someone for most of your life, it is only natural that you get to know their parents. The parents, who then invite you to dinner, picnics and family vacations, so essentially you become a part of their family. And what’s better than bringing the closest people in your life together?

4 You Become Comfortable with Silences

Remember those awkward silences? Yeah, that was totally the first week of knowing each other! Now that you’ve known each other for what seems like forever, you are no longer scared of running out of things to talk about because somehow you still end up having fun even if you sit in silence with nothing to talk.

5 You Know More about Them than They Know about Themselves

Sometimes it is as if your friends know more about you than you know about yourself. For example, if you ever need a reminder of what you did for your birthday a couple of years ago, most likely your friends will know the answer!

You know how you’re super strict when you owe someone money and try to give it back to them as fast as you can at the beginning stages of your friendship? Yeah, that goes out the window pretty quickly after a couple of years. Instead of actually keeping tabs on who owes whom, you just occasionally decide to treat each other once in a while.

7 You Both Laugh before You Get to the Joke

The perks of being friends for half of your life is that you have way too many inside jokes to keep up with but once you do bring them up, you end up laughing way before the whole joke is said. And it’s not one of those light laughs; it is a full on giggle session that may be accompanied by some tears!

Good friends are hard to find, so hold on to the good people in your life for as long as you can! How else will you be able to experience all of these feelings listed above? So what do you and your best friends tend to do together because you’ve known each other for so long?