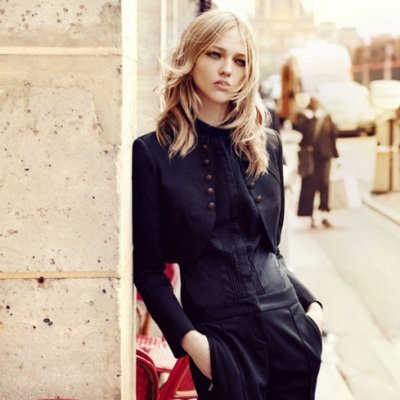 While today good looks or a sex scandal are enough for some to become world famous, many brave and intelligent women have done so much more throughout history! Here we'll take a look at a few amazing things invented by some of the world's most brilliant ladies.

Living in Massachusetts in the early 19th century, a woman known as Tabitha Babbitt came up with one of the most amazing things invented by women: a prototype of a circular saw. Although due to the rules of the community she lived in, she couldn't apply for a patent, she continues to be remembered for her remarkable feat of ingenuity.

When Bette Nesmith Graham became a secretary in the 50s, typewriters were everywhere, but they also made work extremely difficult, since you had to spend ages rewriting whole pages because of a simple mistake. Using a blender, a watercolor brush, dye and some home-based tempera paint, Bette came up with the perfect solution: liquid paper. Today it's simply known as white correction fluid.

Another amazing thing invented by a woman is the COBOL computer language. Even though early computers may remind you of Apple, Bill Gates and IBM, the name of Admiral Grace Murray Hopper is also incredibly important, since she was the one who invented the first compiler in 1950, as well as COBOL – one of the earliest computer languages.

Martha Coston was widowed in 1847 when, in her late husband's belongings, she found plans for a new type of flare system. She worked undeterred for 10 years before she managed to make the prototype function using pyrotechnic technology. The US Navy bought the rights for the plans, and the colored flare system was used during the civil war.

Many male inventors became renowned for their innovative ideas, from Bell to Steve Jobs, but among the girls, few were more famous than Margaret Knight – a prolific inventor from the 19th century nicknamed “the lady Edison”. One of her first patents was a complex machine that would cut, fold and glue paper bags.

One of the most famous long distance professional relationships gave birth to one of the best anti-fungal drugs ever developed. Nystatin was discovered in the 1940s, when Elizabeth Lee Hazen and Rachel Fuller Brown worked together by sending each other soil samples via mail, to look for active ingredients that could fight against different forms of fungi.

Katharine Blodgett was the first woman to ever receive a Ph.D. in physics at Cambridge, and during WWII she created one of the most remarkable inventions ever developed by a woman: non-reflective glass. Used by the military in many applications since then, it is still quite popular today, being employed in manufacturing car windshields, eye glasses and computer screens.

In the 1960s, Stephanie Kwolek was working at the DuPont chemical company, where she made a remarkable discovery, managing to put together a new, highly resilient type of fiber using a liquid crystal polymer formula. DuPont used her discovery to develop Kevlar – the renowned resilient material commonly used today to make anything from bulletproof vests to work gloves.

Which one of these stories do you feel is more inspiring, and what other famous female inventors would you add to this list?