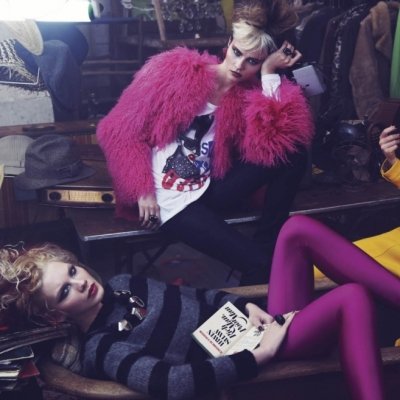 If you refer to something as ‘grody’, it is extremely gross. For instance, “ugh, this food is grody!” This word might be handy if you want to say that something is gross but don’t want everyone to know, because there aren’t many younger people who know about this word! This is the same for most of these slang words from the ‘80s.

Saying that something is “totally tubular” means that it is the opposite of grody - instead, it means that it is very cool! It can also be used to mean overwhelming, in a good way - “wow, this concert is just tubular!” This is a piece of ‘80s slang that was used a lot in the hippy, surfer circles.

Grindage is food. If you invite someone back to your place to have some grindage, then you’re going home to get some food. This word particularly applies to anything delicious, such as fast food or snacks! Quite a few people know about this word due to the 1992 film ‘Encino Man’, where the character of Stoney uses this term quite a bit.

If you refer to something as butter, then it means you think it’s really nice. This piece of slang comes from the fact that butter is smooth, and if something is thought to be smooth, then it is very cool. ‘Butter’ is often used to describe clothes, for example “that shirt is butter” would mean “that shirt looks smooth on you”.

Something that is hellacious is not good at all. If a party is called hellacious, then it’s generally being described as being terrible. Hence why this piece of ‘80s slang starts with “hell!” For example, you could say “the weather today is absolutely hellacious”. Drop this word into conversations with your parents and see what their reaction is!

If you’re dashing around quickly, ‘80s slang would say you were ‘booking’. To ‘book’ is to get away fast or to go somewhere quickly. For example, you could say “I had to book back home this afternoon” to mean that you had to get home quickly. If you’re telling someone to leave in a hurry, you would tell them to “book it”!

A Clydesdale was a term of praise within American schoolgirl groups to describe a muscly, sporty, handsome, All-American boy teenager. If a girl calls a boy a Clydesdale, it is generally thought that they fancy them! This comes from a Clydesdale horse, which is big, majestic and strong.

Had you heard of these ‘80s slang words before? What about your parents? These words are really very cool, and it would be really great to hear them come back into everyday talk. Our language adapts and evolves all the time, so who knows what words we say now that we will look back on and laugh about in years to come! What are your or your parents’ favourite ‘80s slang words?