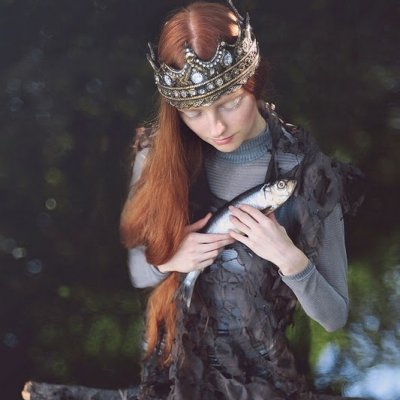 Although some still don't believe it, there are quite a few sound and plausible scientific explanations for mythical beings out there. Throughout the ages, humanity has believed in all sorts of mythical creatures and supernatural phenomena, in an attempt to explain things they didn't understand. Even though science may still be far from understanding everything, potential scientific explanations for mythical beings do exist. Let's check them out.

1. The Secret of the Werewolves

One of the clearest scientific explanations for mythical beings you will find is the one according to which werewolves are simply regular individuals suffering from a disorder called cutaneous porphyria, in which a fine layer of hair appears on the person’s face, along with larger canine “fangs.” Other diseases, such as congenital hypertrichosis universalis, could also be an explanation, with excessive hair growth appearing on the patient’s entire body.

Rare creatures, such as highly endangered frill sharks, could be a viable explanation for the Loch Ness Monster. Their eel-like bodies and overall monster-like appearance could account for some of the sightings in Scotland that were attributed to the monster in Loch Ness, as well as other areas – with locals left to fill in the details with their imaginations.

The same disease said to be responsible for the tales and legends associated with werewolves is also one of the most logical explanations for the origin of vampires. Porphyria is a disorder caused by various irregularities linked to heme – a chemical present in the blood. In some cases, sufferers can be highly sensitive to sunlight and form a corpse-like appearance, with irregular "fangs," affected eyes and gums, and bluish skin color.

Mermaids have actually been confirmed as real creatures by researchers, but not entirely the way folklore would depict them. Dugongs are relatives of marine creatures called manatees. Their graceful movement, human like appearance, and their need to get to the surface to breathe could make them easy to mistake for mermaids, especially by sailors who have been out at sea for long periods of time.

The legendary chupacabra beasts that have terrorized locals in Mexico have recently been discovered by science to be nothing more than sick dogs and coyotes. Their erratic behavior, loss of weight, and hairless, ghostly appearance are simply aftereffects of the disease. DNA analysis of some of the collected animals has also confirmed this claim.

The scientific explanations for mythical beings known as zombies are actually based on the creatures’ Haitian origins. Scientific examinations seemed to show that the notorious “zombie powder” claimed to have been used by Haitian sorcerers to enslave their zombie victims is nothing more than a combination of toxins and chemicals used to induce a state of paralysis and death-like appearance. When the toxins wear off, they would give the illusion that the person has raised from the dead.

Finally, demon possession has been linked throughout the years to more than one disorder, accounting for the various symptoms that could occur. Epilepsy, schizophrenia, and a little known condition called sudden infant death syndrome (that can be linked to “sudden deaths” caused by demons) can all be viable scientific explanations that are simply not accepted by some due to religious hype.

There are, of course, a lot more scientific explanations for mythological creatures out there that are simply ignored by many. Which ones do you think are most interesting and what else would you include on this list?