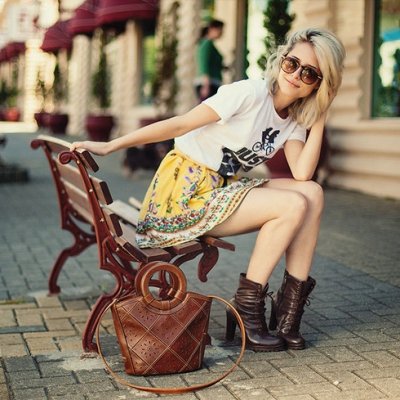 Controversial discoveries are present in many different areas of interest, including health science, religion and archeology. While many are not of great consequence, some of these discoveries have even changed the way we see the world today.

In 1991, Austrian researchers have uncovered the secrets of a well-preserved mummy of a man who died more than 5,000 years ago. Otzi – as he was later named – had a remarkably sophisticated set of clothing, and what was even more impressive was that his blood cells were still intact, showing the man had a much higher degree of Neanderthal ancestry than most modern Europeans. Blood samples from 19 blood donors were found that shared similar characteristics, leading scientists to conclude they were Otzi's descendants.

Stem cell research is still a relatively new and somewhat controversial field of study. One of the most controversial discoveries of recent years was made by biologist James Thomson, who came under heavy public fire due to his findings showing that human and primate embryonic stem cells could hold the key to better understanding human development. For over a decade now, stem cell research has bitterly divided politicians and patients, scientists and religious groups.

It's amazing sometimes how harmless discoveries can lead to huge controversies. This was the case when American chemist Thomas Midgley discovered the CFC Freon, while working at General Motors in the 1930s. Although it was intended as a safe refrigerant, Freon soon turned out to be a very harmful agent, considering the slow but extensive damage it brings to the ozone layer.

The name of Marcus Oliphant – the renowned Australian physicist – will remain in history for being the first to discover the nuclear fusion reaction. Little did Oliphant know that just, a few years later, Edward Teller, an American scientist, would use his breakthrough research to help build the first hydrogen bomb, leading to the loss of countless lives.

One controversial discovery of modern times was the Curiosity rover revealing that ancient stream beds on Mars used to house water at some point in the planet's history. The discovery has led many to believe – even among the most distinguished scientists of our time – that Mars may have been inhabited at one time, and that primitive life could still be found on the planet's surface today.

Although considered to be a hoax by many, Canadian scientist John Hutchison is known for one of the most amazing and controversial discoveries in recent decades. Based on Nikola Tesla's research on the effects of electromagnetism, Hutchison managed to recreate some of Tesla's experiments, finding that, under certain conditions, a highly anomalous electromagnetic effect would appear that can lead to the “jellification” of metals and cause some objects to simply fly off the experiment table. The highly unusual phenomenon is known as the Hutchison Effect and it has yet to be proved or disproved.

The nature of quantum physics itself is considered controversial by many, and Einstein himself has argued that – even though they seem to work – the explanations regarding some quantum phenomena, like the quantum wave function, may be incomplete. More recent discoveries in the late 1980s, however, have made quantum physics even more controversial, pointing to quantum vibrations in the brain that could explain the nature of consciousness itself.

These are just some of my top picks for the most controversial discoveries in recent times. Do you know of any others that should be on this list?