9 Facts That Seem Ridiculous but Are Actually True ... 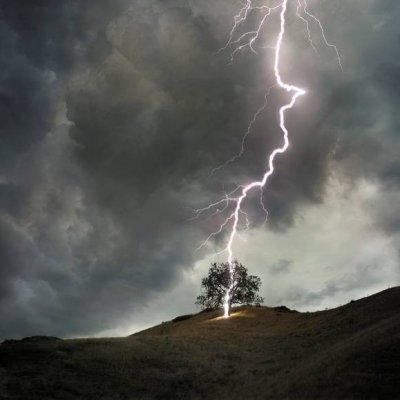 There are certain facts that often may seem completely ridiculous and unbelievable. While you may feel like you'd just want to brush them off as soon as you hear them, they could still be worth some attention – especially since a few of them might just turn out to be true.

According to recent findings the entire universe is mostly empty space, and if you took away the space between the subatomic particles, atoms and molecules making up all human beings on the planet, the remaining matter would fit on a single sugar cube.

When they think about oxygen, most people think it comes from the plants and trees we see every day. After all, their leaves come closest in contact with the sun, allowing for photosynthesis to occur. Scientists, however, have discovered that most of the planet's oxygen comes from tiny plants called phytoplankton, living on the surface of water and drifting along with the currents.

3 Nerve Connections in the Brain

One of the most astonishing true facts about our brains is that the number of synapses – or nerve connections – they contain is greater than the number of stars in our home galaxy. While there are about 200 billion stars in the Milky Way, the average human adult has around 500 trillion synapses.

4 Antarctica as a Desert

It's hard to think of Antarctica as anything but a cold and harsh environment, and most people would definitely not think of it as a desert. One ridiculous fact that is actually true, however, is that Antarctica does actually classify as such. It gets less than 2 inches of precipitation per year – which is less than you'd find even in Sahara.

Your belly button is probably the last place you'd expect to find a ripe ecosystem filled with bacteria. Recent research indicates, however, that more than 2,300 different species reside on the human navel, about 1,400 of which are still new to science.

Most people believe that the countries of the Earth could never compete with the main planets in our solar system in terms of size. Actually, Pluto's surface area is only about 16.7 square kilometers, which means it could quite easily fit inside Russia.

If you like to eat figs, you might want to turn away from this one. Among experts, it is a known fact that wasps pollinate figs. They end up laying their eggs, only to subsequently die inside and become digested by the various enzymes within the fruit.

A strange fact that seems unlikely but is actually true is that being struck by lightning can actually give you a tattoo. Known as the Lichtenberg figure, it is a temporary marking that looks somewhat like tree-shaped fractals.

Finally, we all know that folding a piece of paper too many times is not all that easy. But did you know that if you actually managed to fold it 42 times, its thickness would reach the same length as the distance between the Earth and the Moon? The actual number is 2 to the 42nd factor times the thickness of the piece of paper.

Would you believe most of these facts, if you've just heard them randomly on the street? While most of them may sound ridiculous, experts assure us that they are certainly true. Which one is your favorite?