7 Types of Words to Erase from Your Vocabulary ... 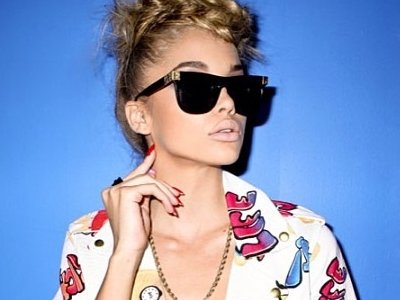 Fillers are words used to fill the silence whilst speaking. 'Like’ is the most common word we hear today, which can be far more distracting than it is helpful. Instead of sprinkling ‘likes’ over your sentences, don’t be afraid to pause. We use fillers, because we don’t want to stop speaking to think over our words. However, like is one of the words to erase from your vocabulary, because there’s no harm in temporary silence.

There are plenty of words that aren’t considered swear words, but are deeply offensive. While most people who say ‘gay’ or ‘retarded’ don’t mean to be rude, others can get upset by their diction. There are so many words to choose from, so why settle for offensive ones? Flip through Websters, and you’ll find dozens of alternatives.

Technically, these words aren’t words at all. Instead of saying ‘more fun,’ some incorrectly say ‘funner.’ Instead of ‘regardless,’ some say ‘irregardless.’ If you find yourself saying words that are grammatically incorrect, wean yourself off them. You don’t want to accidentally use them when speaking to your employer or writing an essay for graduate school. Stop using them now, and you’ll be thankful in the future.

There’s nothing wrong with a little slang here and there, however, you don’t want to get so accustomed to using it that you do so at inappropriate times. Words like 'cray’ and 'jelly’ are fine when you’re hanging out with your friends, or when you’re trying to be ironic. Of course, they’re completely unacceptable when you’re in a professional situation. You don’t want to slip and use them in front of your boss.

Everyone has certain words or phrases that they overuse. Some people say, 'right?’ at the end of each sentence, even though they’re not actually asking a question. If you notice yourself saying a certain word over and over again, try to erase it from your vocabulary. It doesn’t have to disappear forever. Just avoid using it until you can say it without overdoing it.

Trends don’t last forever. While it was fun to say ‘hashtag’ and talk about twerking at first, the fuss has died down. You don’t want to keep using these words when they succeed in annoying the people around you. Don’t worry, soon there’ll be new trends and tons of new words to add to your vocabulary.

Language is constantly changing. In the end, you’re free to speak in whatever way you’d like. Just keep in mind the way professors and employers expect you to speak. As long as you’re able to conduct yourself professionally around them, you can act however you’d like around your friends. It’s all up to you.

Does it annoy you when you hear any of the words listed above? Or do you find yourself using them frequently?