Woman Takes a Selfie Every Day to Document the Worst Year of Her Life ... 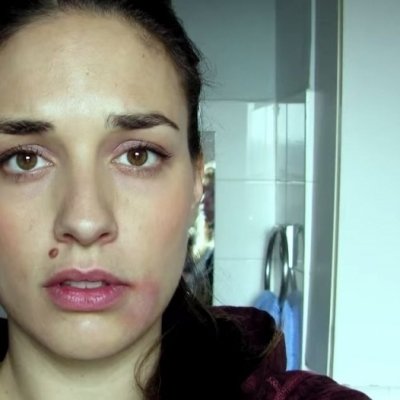 1 in 4 women will experience a form of domestic violence in their lifetimes.

Whether it's physical or emotional, abusers leave their victims feeling helpless, ashamed and worthless. To raise awareness, a Serbian ad agency created a PSA back in 2013 called “One photo a day in the worst year of my life." In it, a woman takes a photo every day for a year to document the abuse she has endured.

The woman's face looks fine at first, but as time goes on, bruises and black eyes appear on her face and neck. At the end, she holds a sign that reads "Help me, I don't know if i will be here tomorrow." And it's true — according to the National Coalition Against Domestic Violence, one third of all female homicide victims died at the hands of their partners.

Although this video went viral a year ago, the message still resonates for this National Domestic Abuse Awareness Month. It's an epidemic and it shouldn't be swept under the rug any longer.