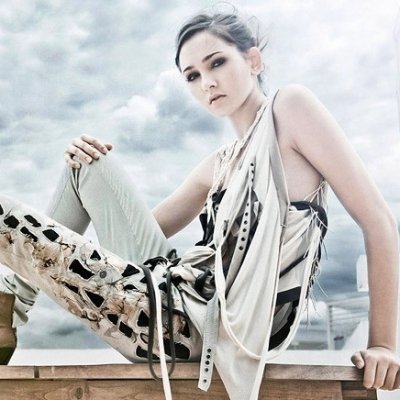 One of the ways to tell if someone is lying is to look at their face. Facial expressions really do tell a story. A liar would never be able to directly give eye contact. Their eyes may wander, look down, or even stare past you. If they're trying to avoid giving you their full attention, then most likely they're not telling the truth. A person who tells the truth is for the most part engaged.

With lying comes uncontrollable movements. They may sway back and forth or side to side—giving a clear indication that they are not entirely relaxed with the topic being discussed. One jerking movement that is way too obvious is the bouncing of the leg(s). Sometimes nervous people do this when they're telling a lie. Definitely look out for random fidgeting movements like rubbing the back of the head with their hands or rubbing their knee persistently. Body language definitely tells a lot.

3 They Stutter or Repeat Phrases

If the person is constantly acting like they can't make out a simple sentence, then they may just be spinning the truth. Stuttering is one of the clear signs when someone is a complete nervous wreck. If the person can't explain the details to you in a clear and concise way, then that should throw up an immediate red flag. Also, repeating the same phrases and words proves that they're not only trying to convince you, but also trying to convince themselves that the lie in their mind is true.

4 They Change Their Tone

A liar's tone may sometimes change erratically. You may find yourself talking with someone who all of a sudden makes you think someone else is in the room with you. Sometimes a person's voice may sound a little bit more high-pitched as they yell at you from the top of their lungs. Other times the person may speak with a very low tone in a shy-like aloof way. The change in tones can absolutely give away their deceitful nature.

5 They Drop the Conversation

A true liar will want to drop the conversation altogether. They may start off pleading their case, sharing with you entertaining fabricated details. Then, once you ask a question or make a statement that they aren't too comfortable with, they may walk away from the situation. One statement in particular “forget about it” or something to that degree, may be a visible warning sign that this person is full of it. If they can't stick around to finish the battle, then they could be admitting to you that they are in the wrong.

6 They Swear on Everything

I truly believe that if people use the Bible as a way to prove their honesty, then honestly, they're not being honest. Why go as far as to say “I swear on the Bible” when you can just state your side of the story without the extra religious context? “I swear on my dead Grandmother's grave” is just another awful way to validate your transparency and truthfulness. If any person uses these sayings or similar sayings, then they're most likely just playing mind games with you.

7 They Fold Their Arms

What I've come to learn in one of my yoga classes is that the folding of the arms is a security blanket for most people. If you fold your arms while receiving information in a lecture or during an interpersonal conversation, then that means you're preventing yourself from fully accepting the information being shared with you. Sometimes it can indicate that you disagree or you're really uncomfortable with what's being said. Therefore, liars folding their arms can mean that they've been placed in a circumstance that they don't want to be in so they're avoiding the truth and inventing their own.

These are just seven out of many signs to look for in a liar. What are some other indicators? Have you ever found yourself doing any of these while lying?