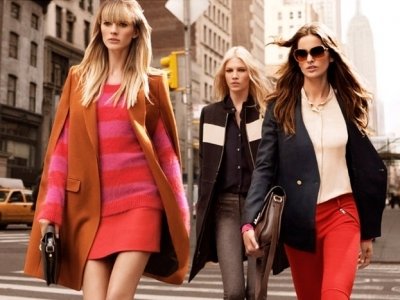 Unpleasantness at work is something none of us should really have to endure but unfortunately, some of us inevitably found ourselves dealing with a hot tempered boss. It’s never easy deciding how best to tackle someone who is higher up in than you in the company pecking order, nor especially, if they are your direct line manager. There are some ways of dealing with a hot tempered boss that might work for your situation:

1. Understand That the Outburst is His/her Childish Tantrum and Nothing More

We still live in a world where complete idiots are able to rise to management and many people rise to the top by bullying their way there. It is therefore no surprise that a great many western managers are men and most are six foot or taller. This means that if you want to get off the bottom rung then you need to know about bullies when dealing with a hot tempered boss. Look upon outbursts as childish tantrums and manipulative moves to get you to play their way. This type of boss is the one who takes the ball home so nobody can play when he/she is on the losing team.

2. Refuse to Stand for It

Tell your boss right there and then that you will not be spoken to in that tone and demand that they stop. They will await a threat such as how you may quit or report them, but do not give a threat. Simply stop working until you are spoken to like a human being and if you are threatened with being fired, then mention that you will explain your actions proudly in every review up until your dismissal.

One of the drastic ways to deal with a bad tempered boss is to quit. I know this isn’t always the best option, and it’s hard to find employment, but you do not have to suffer at the hands of other people. That is why your ancestors fought for your freedom. You have the freedom to quit and find another job so do it instead of suffering at the hands of another person.

4. Complain to Your Superiors

You will probably be bullied from here to eternity by your boss if you complain to his or her superiors, but if you can also get a few other employees to start complaining about them, then the boss will probably start to behave, or be forced to behave. Suggest that maybe posters are put up asking employees to file an official complaint if they feel they are being bullied in any way.

5. Speak in a Calming Tone

If you happen to live under a lucky star then your boss may not be a fool or a lout or just plain insecure and may be hot tempered for another reason. When dealing with a hot-tempered boss of this nature, speaking in a calming tone may have the same effect as it does on a grumpy horse in that it may calm them down. (Though, it is unlikely that you are dealing with a hot-tempered boss who is also level headed.)

If your boss gets angry with you then get angry back, but get louder, angrier and more physically imposing (lay not your hands on your boss though!). There is a good chance that your childish boss will throw out his teddy and have you fired, but if you really do not want to stand for it then the second the boss gets angry with you then you get angry back. Make sure that if your voice is raised that you are blaming the boss for the problem and not apologizing or making excuses. This may lull the boss back into being quiet as it becomes embarrassing for him (or her).

7. Teach Yourself How to Become Immune to It

There are enough people in this world who have trained themselves to become immune to being shouted at and there are plenty of books on the subject. If you think you are immune but it still plays on your mind (or makes you look up how to deal with hot-tempered bosses) or spoils your day in the slightest, then you are not immune to it yet.

Your boss plays a big part in how enjoyable your work day is. At the very least, and whether you love your job at not, you deserve respect and decent treatment while you are at work. If you suffer from poor management, do you think these ways of deal with a bad tempered boss will help you out? If you’ve been in this situation previously, do you have any tips from how you overcame it? Please share!