7 Things You Need to Know about Kohlberg's Stages of Moral Development ...

Kohlberg’s stages of moral development are divided into three main subgroups. Pre-conventional morality occurs early in development and is defined by the standards of those around us. For example, young children listen to what their parents say without questioning it. Conventional morality takes place mainly in adolescence where you start to internalize the moral codes around you and filter out ones you don’t agree with. Post-conventional morality is the highest form of morality in which you base your morals on basic human rights that uphold justice and the wellbeing of others.

Stage one of Kohlberg’s stages of moral development is obedience. When we are young, we do what we do because we don’t want to get punished. If your mom gives you a time-out every time you kick balls in the house, then you will slowly stop kicking balls in the house. This understanding isn’t because you realize that things can get broken but that you don’t want to get sent to the corner. 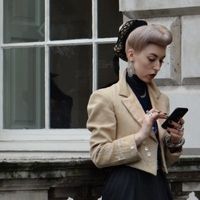 9 Signs Your Smartphone Could Be Ruining Your Relationships ... 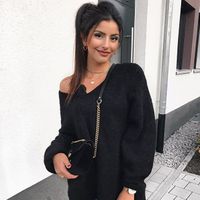 7 Pieces of Timeless Fashion Advice That You Should Follow ...

The second level identified by Kohlberg is all about self-interest. At this level, you realize that there is more than one point of view in any situation. This realization leads you to question what’s best for you. It’s the stepping stone between pre-conventional and conventional morality.

Now in the conventional morality subgroup, you do what you do because everyone else is doing it. You want to be seen as the “good kid.” This conformity aligns with social norms in classroom and home settings. I found it interesting when learning about this level because it’s the same as giving someone credit when you think to yourself, “they meant well...” You conform to the idea that they tried their best and put more thought into it than they might have.

In this conventional stage, you do what you do because you want to maintain the status quo. If you do anything out of line, you feel guilty for having deviated from what is “socially acceptable.” For example, when someone breaks a law, it’s wrong. You start to consider their culpability but to a point. You get stuck that the rule is what it is and someone broke it.

Kohlberg famously devised a story where Heinz’s wife was dying and the cure was too expensive for him to buy. There was no other way to save his wife without this medicine. In the story, Heinz steals the medicine and Kohlberg asked if Heinz was right in doing so. Someone on this level of moral reasoning understands that saving someone’s life is greater than breaking a law. Laws are in place for the common good of most people but there is the exception to that rule.

Kohlberg actually has his doubts that people would make it to this level, the highest level, of moral reasoning. This level marks the reasoning that there are universal rights that should be respected and upheld even if it goes against the norms. There is the realization that some laws are unjust and it’s important to act justly at all times for the benefit of those involved. Individuals at this level fully understand the frailty and vulnerability of being human and why communication is so important.

Though Kohlberg has received critique on his stages of moral development, they provide some good food for thought. What did you find most interesting? Do you think Heinz was justified in stealing that medicine for his dying wife?

love
9 Signs Your Smartphone Could Be Ruining Your Relationships ...
lifestyle
Germ guardian nursery sanitizer
love
15 Things We do That Put Men into an Instant Bad Mood ...
beauty
Expert Tips to a Sparkling Smile at Your Next Event ...
fashion
7 Pieces of Timeless Fashion Advice That You Should Follow ...

Why is it important to try your best in school ...
What vitamins are in green apples ...
How many calories in a slice of pizza ...
What nail color says about you ...
How to grow vegetables in water without soil ...
What age do you stop celebrating your birthday ...
What is the most sold song ever ...
How much time will a potato plant take to grow ...
Potato is part of plant ...
What happens if you celebrate your birthday early ...