The Most Striking Things You Experience when You Visit a Concentration Camp ... 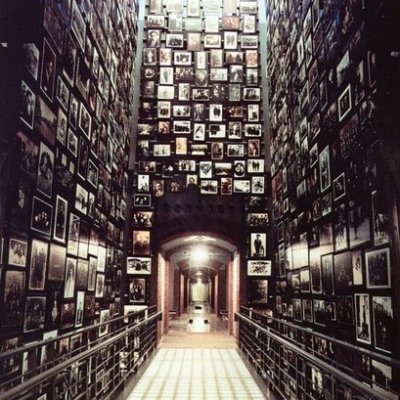 I visited a concentration camp on my trip to Germany in 2012. As part of our school’s trip to Dachau concentration camp, we walked on the grounds, explored the museum on site and experienced what it felt like to be inside those gates. I wanted to take pictures of the camp to document our trip there but felt somewhat uncomfortable in doing so, almost disrespectful. These are striking things that hit you when you visit a concentration camp.

Not only did I visit a concentration camp with my school but also with a native German who could fill in some of the gaps my research on World World II lacked. At Dachau, there is a statue of “the Jew.” By dehumanizing the prisoners at the camp, the Germans were justified in forcing them into labor and killing them. While walking around, I got the sense that there was no difference between Jew and non-Jew in the camp. You banded together because you needed to survive.

Though Dachau was more of a concentration camp than a death camp, there is still a gas chamber on site that was used occasionally. It is disturbing to see. You can stand in the room where so many were gassed to death. I personally couldn’t handle going into that room. Other people of my party were crying as they made their way through the gas chamber into the room where they burned the bodies.

There is an eerie quietness that settles on a concentration camp. My German friend and I walked around the site in complete silence, except for the occasional comment or remark. It felt almost disrespectful to make small talk on the grounds where such a horrible history has passed. You can hear the silence no matter where you go when you visit a concentration camp.

Dachau has various churches and places of worship on the grounds from Roman Catholic to Russian Orthodox. The Jewish synagogue is underground. I found this striking because of the fact that the Jews had to go into hiding or else were sentenced to death in the camps. Religious differences aside, the places of worship stand at Dachau in unison against the horrors of what happened to the people there.

Life stops around a concentration camp. It’s isolated from nearby towns by trees and other pieces of the landscape. I find it interesting to be on the grounds and notice how secluded you feel. It’s as if the world around you no longer exists because you can’t see it. I can’t imagine how that must have psychologically affected the prisoners there.

You can go in and see what the housing situation looked like for the prisoners there. I find it incredulous that they slept on wooden bunk beds. They were crammed together in spaces that were meant for someone half their size. No one should have to suffer through those conditions. There was no peace or respite at a concentration camp, that’s for sure. Every element of the camp was designed to make you feel worthless and dispensable.

When you hear that 6 million Jews died during the Holocaust, it’s easy to put that number on a shelf and set it aside. But when you are on the grounds of a concentration camp, you get the eerie sense of how big that number is. So many people came through the same gates that I did. Not nearly enough had the privilege of walking out them.

After my tour to the concentration camp, my class and I discussed the experience. It’s not something that can be taken lightly because of the horrific history of the Holocaust but also needs to be addressed. Have you ever visited a concentration camp? What was your experience like?