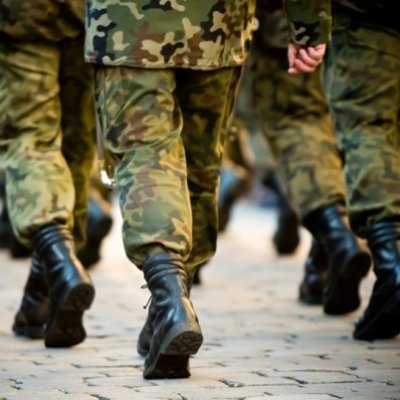 There are plenty of legends, rumors and even facts that have surfaced throughout the years about strange military experiments, and some of these are definitely out of this world. But just how crazy were these experiments, and why is there so much secrecy around some of them – to the point that very few people have any notion of whether they actually existed and what they were about?

Project 57 was designed to set up a safety test to check what would happen if an airplane equipped with a nuclear warhead were to crash and the plutonium inside the bomb would contaminate the surrounding areas. Mock cities were laid out, and the test showed almost 900 square acres being contaminated.

Project Nutmeg was a top secret project that came before the Nevada Test and is said to have been the first project through which the US started testing atomic bombs on US soil. It was cleared by the President at the time to help find a desolate testing site. The region included a 687 square mile area in Nevada, later known to be associated with the top secret Area 51.

This was a project in which the CIA tried to mimic nature's resourcefulness, harnessing it to build unmanned remote controlled aircraft. In some cases, they even used actual birds, insects and various other animals to try their hand at high end surveillance.

When a secret Russian nuclear spy satellite malfunctioned and was going to crash somewhere in North America, the US created Operation Morning Light to clean up the debris and contain the problem. The satellite eventually crashed in the Canadian tundra, and experts were dispatched to the crash scene in bakery vans to avoid public suspicion that something big was going on.

Projects Teak and Orange were among the most irresponsible nuclear tests performed by the US government during the Cold War. They involved the explosions of two massive nuclear bombs in the upper atmosphere over the Pacific, and they almost led to blasting a hole in the ozone layer.

This was probably one of the most bizarre military experiments in history. It was developed during WW2 and involved trying to create a pigeon-based homing system, in which a pigeon was placed inside a bomb and would guide it through an optical system. Fortunately, the project was abandoned since the military itself found it to be just too weird.

The Nazis had lots of grand plans that didn't work out, and among them was the sun gun – a project involving a huge mirror set in orbit that would channel powerful death rays to destroy all enemies. Fortunately, the Allied forces began knocking on Hitler's door long before this plan could have been set in motion.

Some say the Philadelphia Experiment never happened, while others claim it was far less spectacular than it's made up to be. The experiment allegedly happened in 1943, when the US allegedly tried to turn the USS Eldridge – a large warship – invisible to radar. Once the experiment was underway, the ship reportedly disappeared completely, then reappeared just as suddenly in Philadelphia with much of the crew dead, missing or injured and some crew members having their limbs and bodies fused to the hull of the ship.

Which one of these military experiments do you find the strangest? Have you heard of any others that I haven't mentioned here?