7 Political Issues You Should Be Concerned about ... 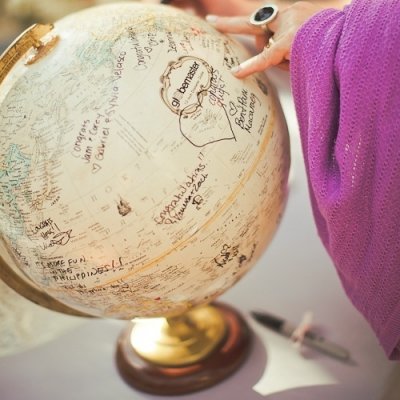 Women's rights have come a long way in the last 100 years (in 1915, women in the UK and US still did not have the right to vote). But there are still many political issues that we should be concerned about. However boring politics may seem, we need to get involved and campaign for the issues that matter. Here are some of the political issues that you should care about …

One very important issue is the cost of housing and other essentials like utilities and groceries. Since the worldwide economic crisis began, many people have either lost their job or had to take a pay cut. But the cost of living continues to rise. People on low to middle salaries need to be able to live within commuting distance of their work - but many cities are now unaffordable.

You might think that women have long since won the right to equal pay. But women still only earn 78c for every dollar men earn (source: whitehouse.gov). And the gap is even worse for Latinas, who earn only 56c for every dollar that men earn. Women should have equal access to higher-paid careers in traditionally male-dominated fields.

Healthcare is an important issue for everyone. Each and every one of us is affected by the need to have access to affordable, quality healthcare. Yet we may still be unable to afford the treatment we need, or may have a lengthy wait. Lobby for healthcare funding or campaign to keep vital local services open for the community.

Working conditions for many people seem to have worsened in recent years as unemployment has risen with the economic crisis. For example, it's led to a rise in short-term contracts and zero-hours contracts that don't guarantee you any work (and therefore any pay). We should all be concerned about receiving fair pay for our work, and about having our labor rights protected.

But it's not just issues at home that we should be concerned about. Many countries have poor records on human rights, but the successes of Amnesty International have shown that campaigning can make a difference. We're all human, and should care about how our fellow humans are being treated, wherever they come from.

In spite of the fact that we make up around 50% of the population, women are still poorly represented in government. Just 22% of MPs in the UK are women, and it's even worse in the US. Plus the US still hasn't elected a female president. It would be a fairer representation to have more women elected.

Poverty is still a very important issue. It's estimated that 45 million people in the US live in poverty (source: census.gov), which is saddening in a wealthy country. We should all be concerned that many people cannot afford to meet their basic needs or find adequate work.

Politics is something that affects all of us, so we should take an interest in at least some of the many issues involved. We often feel that we cannot make a difference, but nothing will change if we don't try to change it. What issues would you act on if you were in government, and are there any politicians you admire?