10 Good Cause Organizations That Make a Change in the World ...

I'll start this list by explaining the first good cause organization that Emma Stone and Andrew Garfield brought attention to in this photo. The Worldwide Orphans Foundation works mainly in the areas of Bulgaria, Ethiopia, Haiti, Serbia, and Vietnam where this program is needed the most. Their mission is to transform the lives of orphaned children and help them to become healthy, independent, productive members of their communities and the world. They work to nurture orphaned children with the love and attention that every child deserves. They help to supply so many things for these children including health care centers, toys, camps, sports, and health care training for helping children with HIV/AIDS. 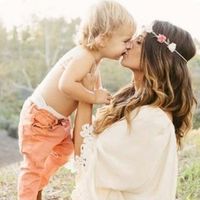 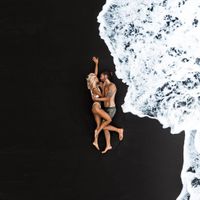 How to feel comfortable in a relationship

3 To Write Love on Her Arms

To Write Love On Her Arms is a non-profit good cause organization dedicated to giving hope and finding help for people struggling with depression, addiction, self-injury and suicide. TWLOHA was created to encourage, inform, inspire and also to invest directly into treatment and recovery. The organization was started by a story titled «To Write Love on Her Arms» that was written by the organization's creators in order to help a friend in 2006. They started selling T-shirts as a way to pay for their friend’s rehab treatment, and in the days that followed, they learned quickly that the story they were telling represented people everywhere. They began getting contacted by people in need of help, others asking what they could do to help their friends, and people who had lost loved ones to suicide. In America alone, it’s estimated that 19 million people live with depression, and suicide is the third-leading cause of death among those 15-24 years old.

All Girls Allowed is an organization that seeks to expose the injustice of China’s One-Child Policy, rescue girls and mothers from gendercide — the systematic elimination of girls — in society, and celebrate women by embracing them as equals. In China, gendercide and the One-Child Policy have specifically targeted women and left them oppressed, abandoned, poor, or dead. The effects on society have been disastrous and has led to the continued devaluation of women. Being a woman, this cause is very close to my heart and I can't believe this is happening in the world still.

Unleashed NY is an after school experiential leadership program for middle school girls that uses a social change curriculum focused on puppy rescue and welfare. The young girls who participate in the Unleashed program learn that half of all dogs in shelters are put down because there is no one to adopt them. They also learn that animal welfare reflects other social problems, such as poverty, lack of education, bias, and prejudice and then discover that they can make a difference. What makes this organization so great is that it helps both young girls and animals at the same time! Young girls learn how they can make a difference in the world. They even run a puppy rescue through their website where the girls can help to actively find puppies good homes that are rescued from shelters.

6 Stand up to Cancer

Although Stand Up To Cancer is still fairly new being created in 2008, this good cause organization has grown in popularity very quickly. SU2C is a groundbreaking charity created to accelerate innovative cancer research that will get new therapies to patients quickly and save lives now! SU2C is attempting to bring together the best cancer researchers while encouraging collaboration instead of competition among the entire cancer community. The reason SU2C has been so successful so fast is that it has been using the entertainment industry to create awareness and build broad public support. They allow people who have been affected by cancer to tell their story on the website. Its a great way to share your story of loss or survival with the cancer community and gain support.

Soles4Souls has a simple concept, they ask people to donate shoes in order to give them to those in need. In the aftermath of the 2004 tsunami that hit Southeast Asia, Wayne Elsey felt compelled to do something. He made calls to some executives in the footwear industry and a quarter of a million shoes were donated to the victims! A few months later when Katrina hit, Wayne called the same group of friends, and was able to send over a million pairs of shoes down to the gulf coast communities affected by the hurricane. One year later, the non-profit organization Soles4Souls was formally created. If you have an old pair of shoes that are still in decent condition, or a new pair of shoes you've never worn, donate them to Soles4Souls! Their website has a link where you can type in your zip code to find a shoe drop-off location near you.

8 Out of the Pits

Out of the Pits is a non-profit good cause organization that seeks to educate the public about the true nature of the American Pit Bull Terrier. The organization visits dozens of schools with their certified therapy Pit Bulls to teach humane education throughout New York, as well as Massachusetts and Connecticut. They are also a rescue organization and have successfully rehomed over one thousand dogs, and helped many more stay in their homes. Sadly, they receive approximately 1,000 requests per week to take unwanted Pit Bulls and it is estimated that more than 80% of Pit Bulls in shelters are euthanized, and typically only 1 in 600 Pit Bulls finds a loving home. Pit Bulls are a very misunderstood breed and this organization works towards helping to correct that misunderstanding.

The Somaly Mam Foundation is a nonprofit organization dedicated to ending human trafficking, sex slavery and empowering its survivors. Human trafficking is used to describe situations where one person obtains or holds another person in compelled service, a modern form of slavery. Founded in 2007, this organization helps victims to escape, empowers survivors to achieve economic independence, and engages governments, corporations, and individuals in the fight. They work closely with partners in Southeast Asia, where the trafficking of women and children is widespread.

1 billion people don't have access to clean drinking water. That is 3 times the population of the United States! Generosity Water is a good cause organization committed to solving this issue. The lack of clean drinking water, insufficient sanitation, and poor hygiene kills 3.6 million people per year. That is more fatalities than from wars, famine, and AIDS combined! Generosity Water works with villages who are suffering to form what is called a water committee. This committee is made up of 8-10 people, and each member is trained in business management, pump maintenance and hygiene and sanitation. Women are also represented equally on these committees, which begins to help the village to view women as equals. Once this is completed, they distribute de-worming pills to everyone affected in the village. Worms or parasites are one of the main effects of dirty water. They work to give everyone a fresh and healthy start, now that they will be drinking clean water.

Sometimes you may feel like there is little you can do to help people and animals in need, but that's not true! Even by just helping to bring awareness to certain good cause organizations who need it helps to support and fund them. What is your favorite organization and why? 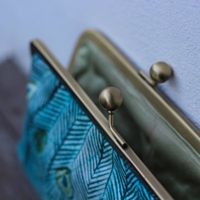 7 Ways to Stretch the Dollar when Raising Children on Your Own ... 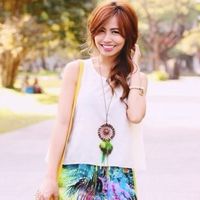 7 Empowering Quotes to Supercharge Your Day ... 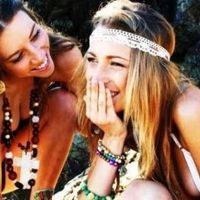 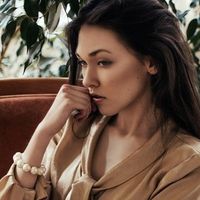 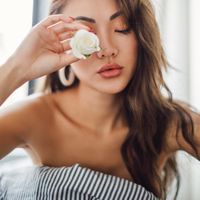 The Benefits of Mindfulness and Meditation to Have a More Peaceful Life ... 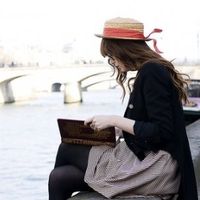 What nuts are good to eat ...
How to contour your makeup ...
What can i make with squash ...
How to compliment a dick pic ...
What influences food choices ...
How to make someone stop talking about you ...
Is there dna in your food ...
How to cope with your parents fighting ...
Why is healthy food more expensive ...
How do women masterbate ...