Sloughing makes a terrible impression. It projects low self confidence and makes you appear lazy, making this one of the best body language tips to consider. Don’t permit your body to fold in on its self, but instead, sit or stand straight to appear confident and authoritative.

Crossing your arms or legs indicates that you’re not open to others. It kills the boundaries of negotiation and friendship. Even worse, it can be observed as a sign of a defender, combative and ill-mannered. 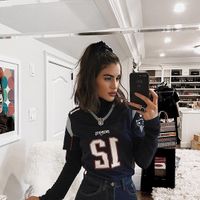 8 Natural Ways to Deal with Pests ... 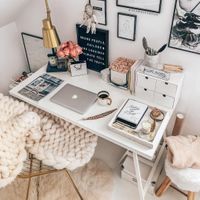 7 Ways to Become More Organized at School This Year ...

Avoid standing too close to your friend, colleague or boss. This signifies that you’re occupying their intimate space which will make them feel uncomfortable, anxious and threatened. So respect their private zone and put a little bit of space between the two of you.

Make sure you aren't touching your face when you're in the middle of a conversation. This can send a subconscious signal that you're lying or bored.

5 Looking down in the Presence of Others

Stop looking at your phone or watching the clock when other people are presenting a project or talking to you. This reveals that you have lost interest, disrespect their effort and even feel superior to them.

Don’t shift your body weight from one foot to another. It symbolizes anxiety and frustration. By doing it, you might reveal that you are mentally or physically distressed. It’s like you’re hiding something or have the urge to quit.

lifestyle
8 Natural Ways to Deal with Pests ...
love
Signs he needs space
parenting
7 Things You Need to Know about Recovering from a C-section ...
health
Heres How to Better Your Mood with These Smells ...
teen
7 Ways to Become More Organized at School This Year ...

What are fish oil good for ...
How healthy are pecans ...
Which is healthier steak or chicken ...
Is soda caffeine ...
How to make tight curls looser without heat ...
How to get a guy to like you in high school ...
What foods give you food poisoning ...
How to flirt with a gamer guy ...
How to take control in bed ...
Why do i want to be someone else ...