11 Internet Behaviors to Watch out for ... 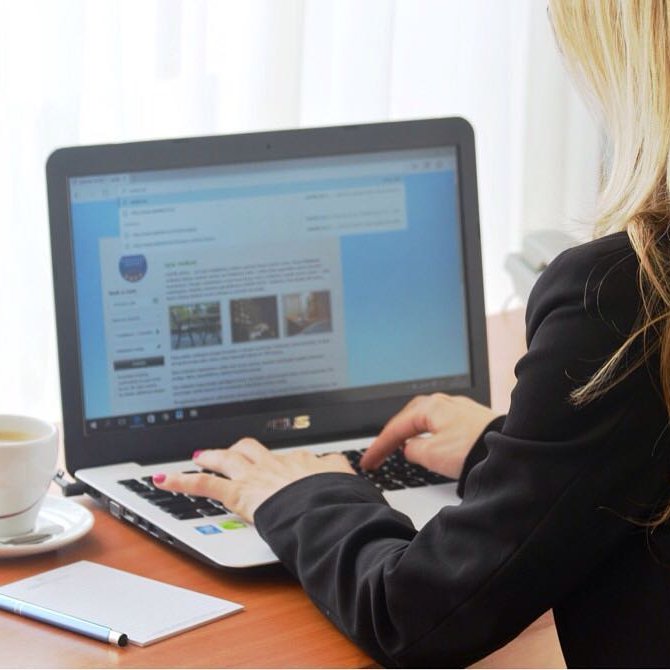 When you hear the term, “Internet behaviors”, what do you think of? A lot of us see the Internet as a place where we can be ourselves without consequence, and for the most part this is true. Stuff like how you speak, what you look like or if you have a disability doesn't matter online the way it might in “real life”. For people with anxiety like my husband's, the Internet can be a lifesaver. However, that doesn't mean there aren't Internet behaviors to watch out for. Some of these things seem obvious, but you'd be surprised at how easily people fall into these traps.

This is one of the most-important but most-forgotten Internet behaviors to avoid. The pictures of your drunken exploits at your bachelorette party might be funny now, but will they be in ten years? Contrary to popular belief, a lot of employers don't differentiate between a person's work life and their social life. Some will give you the benefit of the doubt, but you can't bank on that. Also, do you really want your mother-in-law to see how many beads you got at Mardi Gras? If she doesn't already know how you got those beads, she'll find out soon enough. Don't post anything you wouldn't want someone to think represents you as a person or employee.

This is a great way to get labeled as a “spammer” and have some of the functions of your account blocked. A lot of people don't appreciate being sent friend requests from people they don't know without at least some sort of introduction. If you know someone from high school or want them to be on your “team” in a game, say so. Also, remember that having someone as a “friend” doesn't necessarily mean you want them to see everything you post or vice versa. I've used the 'list' feature to keep track of who I know from where and adjust my account settings accordingly. Use whatever filtering features are available.

This goes without saying. Don't trust people right away, but...

When one of the admins of a forum I frequent died suddenly, the whole community went into mourning. Her family – in an entirely different country, by the way – was shocked by the sheer number of cards and letters they got offering condolences and sharing good memories. Some people even mentioned using Skype to witness her funeral. You don't get much closer than that. Also, some of my friends from a support group board run out of England (I'm American) took up a small collection for me to help with a surgery I needed but couldn't afford. That's friendship.

5 Remember, It's up There Forever

Even if you take it down, there's nothing saying someone else hasn't already copied it. When someone “tags” you in a photo, it's up there for everyone to see. Plus, you might not be able to delete every mention of something. Some sites consider anything you post on them to be their property now, your conscience be damned. Even if you can remove it, how many times have we posted a picture or comment and forgotten about it? I certainly have. Don't post anything you wouldn't want brought up later on down the line.

Be aware of tactics various companies and identity thieves use to lure their victims into giving out their passwords or other sensitive information. First of all, almost no reputable company will ask for you to give your password through an email. Full stop. If there is a problem with your PayPal/Amazon/whatever account, you will get an email calling you by name (not “dear customer”) telling you about the problem and giving you a link to their website. Sometimes even the sites are fake, which is why it pays to give a critical eye to anything asking for personal information. Make yourself aware of the security protocols of any company you do business with online and let them know right away if you get any suspicious emails.

This is how viruses and password-stealers get though. If you're unsure if the “greeting card” you've gotten from a friend is legit, check out Snopes.com; they have a rather extensive list of ruses hackers have used to get people's information.

8 Don't Give out Personal Information Too Freely

This is something very important to remember and make known to your children. Giving out things like the town you live in, what school you go to, your phone number and other personal information can leave someone wide open to others who might do them harm. Also, take advantage of any security measures forums or social network sites offer, even if they seem excessive. For instance, I got a friend request on Facebook from someone I did *not* want to find me. Apparently he came across my profile through a Google search. He's not in a position to hurt me now, but what if he were? Now I cannot be found through any type of search, even on Facebook. Perhaps you won't have to go this far, but it's better to be safe than sorry.

You might think it's harmless to flirt with someone when you already have a boyfriend, but is it really? Internet attractions and relationships can be just as intense as “in real life”, if not more. Draw a line and stick to it.

Guilty. Online friends are great, but they're no substitute for “in the flesh” ones. Online friends can't go for drinks or help you with a flat tire. I've learned this the hard way. Now, for what is definitely one of the most important things to remember-

11 Remember There's a Real Person behind That Screen

Like I said, many people are more “open” online than they would be normally. They can talk about their past experiences/politics/religion/medical issues etc because it is much easier to be upfront about things like this when you don't have to look people in the face. You should, however, remember that just because you can't see the person on the other side of the screen doesn't mean they're not real. Speak as you would like to be spoken to and you should be fine.

As I said before, I've had a lot of great experiences on the Internet. It's given this girl from small-town North Carolina access to things and people I'd never have seen otherwise. I have, however, run afoul of some things and lived to regret it. How about you? Have you ever found yourself doing any of these things, intentionally or not? Is there anything you'd add to the list?