7 Important Political Issues You Need to Educate Yourself on ...

In my opinion, it seems that so many people don’t really know much about many important political issues. If they take a side, it is because they know a little bit about a small topic. In order to make educated political decisions, we need to learn every thing we can about these important political issues. The point of this article is not to tell you what opinions to have, but rather to tell you what issues are important and how to go about learning both sides of the argument. Only after you know both sides, can you make educated political decisions.

With Obamacare being a huge topic of controversy, it is one of the main important political issues to educate yourself on. Everyone gets sick and everyone has to deal with annoying medical bills, so knowing how you will be paying for those bills is something you need to know. Healthcare affects everyone in the form of taxes and your own personal heath insurance, so you should learn the details of the politics of healthcare and how to provide it for yourself.

Racial discrimination, injustice and rights' infringement has been a huge topic of political and social life. Every year minorities' rights are violated on a regular basis, from discrimination in hiring process to death by abuse of power, many men and women are falling victims to racial discrimination. With generation Y being the first generation with over 50% of its population that identifies themselves as mix-race, there has never been more pressure to finally put an end to the barbarian perseption and judgment of people by the color of their skin and ethnicity. 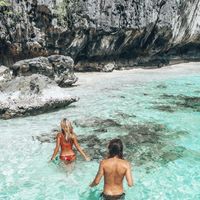 8 Healthy and Medically Sound Ways to Avoid a Cold ... 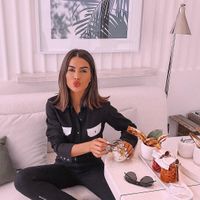 10 Essential Tips on How to Wear Bronzer ...

We live and share this earth, so it is our job to protect it. In our industrialized world, it may seem to be an afterthought to put the environment before the other issues. But if we don’t protect our environment, it will soon be gone. It is important to learn about how the products we buy and companies we support impact the environment. By learning about these issues, you can help support politicians who align with your opinions.

When asked, most people will probably say the economy is the biggest problem this country is currently facing. With one of the biggest recessions since the Great Depression, it is no wonder so many people are concerned. But it is surprising how few people actually are educated on both sides of the arguments surrounding our economy. While each side has their pros and cons, you cannot fully support one side without hearing the opinions of the others. From banks, to taxes, to fiscal policy, the economy has a lot of information to learn about so it might be easiest to tackle all of that in small steps.

Everyone can be classified as either pro-life or pro-choice. There are very few people who have no opinion on the matter. But while most people take a side, most of them do it without learning the science or ethical issues behind their opinion. Pro-life states that any fetus is still considered a person and that abortion is murder. Pro-choice believes that the fetus cannot be considered a human till a certain point during the pregnancy. This is one of the most important political issues for women to learn about because elected officials are having a say about what happens to our bodies. It is important we support the politicians who hold the same stance on abortion as we do as individuals..

The world is becoming smaller and smaller and that leads to a greater emphasis on foreign policy. It is important we know where our troops are stationed, what countries we ally ourselves with, and which countries we have tension with. This is one of the more difficult political issues to learn about because there are so many countries the USA is in contact with. One of the most important things to keep in mind when learning about our foreign policy is that the opinions of the government in other countries don’t necessarily align with the public opinion. When we assume that all members of a country think the same way as their government, we can accidentally start stereotyping other ethnicities.

With the amount of shootings in the past few years, gun control has been a huge topic of debate. Some are calling for stricter laws regarding guns while others think the current gun policy is fine. This is a huge issue that effects everyone because anyone can be affected by gun violence, regardless of race, age, gender, and where you live. It is important to learn the current policies regarding gun control and figure out if you want revisions to those policies