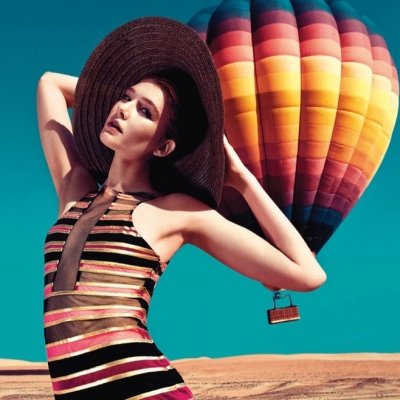 Have you ever really thought about reasons to try things you don't like? I didn't really either until recently. When someone asked me to try something, I immediately said I'd rather not because I didn't like it. Then they asked me why I didn't like it. I didn't have a good reason. As it turned out, I ended up enjoying the experience after all.

The old saying “you never know until you try it” is true in many cases. Of course, if you're terrified of heights, you probably already know you'll hate anything height related. However, if you can't come up with a good reason to dislike something, try it anyway. I've found this to be one of the best reasons to try things you don't like. After all, if you try it and don't like it, you never have to do it again.

Many of us don't try things because we're afraid of something. Do something you don't like at least one time and you'll find you're a little less afraid. It's a great confidence booster. It proves you do have at least a little control over your fear. You don't have to do this all the time, but once in a while, do something that scares you a little and eventually, you won't be afraid at all.

Maybe your partner wants to try something new, but you keep saying no. Do you know how happy it would make them if you tried that new restaurant with them or visited that museum that bores you? You might not love it yourself, but seeing them happy makes it worth it. Trust me, if they care about you, they'll do the same thing from time to time. Who knows, maybe you'll end up liking it when you're doing it with them.

I get tired of people asking me why I don't like a certain food or a certain type of TV show. My solution – I try the things I don't really like so I can point out all the reasons why I don't like it. While others might not agree with me, they at least respect me for trying. Plus, I have solid reasons to back me up the next time someone asks. You only have to do it once to have the proof you need.

5. Step out of Your Comfort Zone

We all need to step out of our comfort zone once in a while. Even if it's doing something we don't like, it makes us feel a little more confident and more eager to try new things. I'm not saying you have to do anything major, but even trying a food you don't think you like, could be enough to push to do something more, such as asking for a raise. No one really likes stepping out of their comfort zone, but the rewards are well worth it.

6. You Learn Something New

I never thought I'd like writing anything but fiction, so I spent years avoiding it. It wasn't until someone talked me into it that I started to learn just how interesting non-fiction really was. I learned a new way to write and actually enjoyed it. Try not to focus on how much you don't like something. Instead, focus on what you can learn from it. When you're getting a benefit, it's much easier to like things.

If you try something you don't like, your reaction is probably going to be hilarious. Think about how much joy you and all your friends will get out hearing the story about your experience. I know it sounds crazy, but it's true. I've tried numerous things I've hated in the past. Will I do them again? Not a chance. However, I still bust out laughing every time we tell the stories.

Life is full of things you don't like. It doesn't mean you should always avoid those things. Instead, try them anyway and see what happens. Have you ever tried things you didn't like?