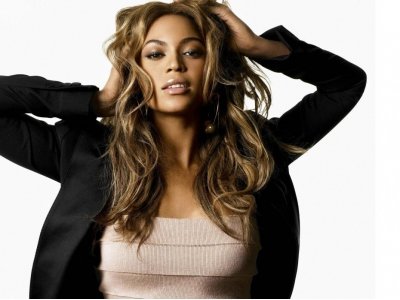 I’ve no claim to being one of the burn-your-bra brigade, but I am very happy to support the empowerment and advancement of women and it is with much joy, happiness and more than a smile that I want to share with you some of the most notable feminist moments of 2013. These advances in the cause of womanhood may be small in the overall scheme of things but it makes them no less sweeter, and each is another victory. Grab a coffee, put your feet up and revel in these feminist moments of 2013.

Topping the list of most notable feminist moments of 2013 has to go to Malala Yousafzai. Shot in the head by the Taliban for her campaigning for the right of girls/women to receive an education, Malala survived to reach her 16th birthday, and celebrated in true style by addressing the United Nations on the issues she is so passionate about. Thank you Malala – your courage and strength are truly inspirational and awesome!

In a most unassuming and unconscious way, Jennifer Lawrence has endeared herself to even more women with a few standout quotes and noteworthy statements this past year. Glorying in everything womanly, Jennifer has spoken out about the constant need for women to be on a diet and has even called for the word “fat” to be banned from the media as a word used to describe someone. Talented, beautiful and socially-conscious, Jennifer Lawrence gets my vote for providing some of the best feminist moments of 2013.

I am writing this on the day after the world reported another gang rape in India! Our Indian sisterhood came together in mass protests early in 2013 after the death of a gang rape victim, highlighting the prevalence of the problem and the light touch of the justice system in dealing with it. There was sufficient protest and outrage to cause a new anti-rape bill to be passed in the Indian parliament that doubled the punishment for rapists. With the latest outrage it appears there is still a way to go but it was a major step on the road. It also created a global discussion in the issue of rape that spawned other comments and actions that will appear later.

I don’t know much about Zerlina Maxwell, but after reading the news about her appearance on the Sean Hannity Show, I watched a YouTube video to see what the fuss was all about. I gotta say she really stuck it to him on the issue of conservatives who believe there would be fewer rapes if more women carried guns. Zerlina is a rape victim and she told Sean Hannity, in no uncertain terms, that she didn’t want to be told to carry a gun to prevent rape. “I don't want anybody to be telling women anything. I don't want women — I don't want men to be telling me what to wear, how to act, not to drink.”

5. Orange is the New Black

Little really needs to be said about this groundbreaking television series and if you haven’t seen it, I recommend you watch it. If there was ever a show that was a shot in the arm for women, diversity and femininity, it is Orange Is the New Black. Among the extensive cast of many talented and beautiful women, the shining star is Laverne Cox – a trans woman of color. Way to go, OITNB, for an exceptional and (still) brave piece of casting.

6. John Legend Comes out as a Feminist

Feminism’s greatest ally is men! Think about it. If more men supported the cause there would soon be no need to fight for it. Many men probably support feminism without being vociferous about it, but singer John Legend didn’t mind showing his true colors. In a March press conference he boldly declared himself a feminist and went on to say "All men should be feminists. If men care about women's rights the world will be a better place [...] We are better off when women are empowered — it leads to a better society."

7. Girls Show Seth MacFarlane a Thing or Two about Hosting an Awards Ceremony

I have to confess I thought Seth MacFarlane was a terrible choice as a host for the Oscars and all my trepidations were realized. I thought he was one of the worst hosts in my living memory and I have watched the Oscars religiously for about 25 years. Thank heaven they haven’t asked him back and have made a wiser choice with Ellen DeGeneres for the 2014 ceremony. It was a different story, however, for the Golden Globes. Major kudos to whoever made the decision to ask Tina Fey and Amy Poehler to host. They were seriously – split your sides laughing – funny. Marking a major score for funny women, the crazy pair have been rebooked for the next two Golden Globes ceremonies. I for one will be waiting with bated breath.

I think that recent events have shown us that repression of women in India is probably more extensive than we imagine. It was therefore one of the great feminist moments of 2013 when Bollywood star Mallika Sherawat was grilled by a reporter (a female one at that) on why she had called India regressive and depressive. I’ll quote her directly if you don’t mind. She responded, "As a woman, I should lie about the state of women that's in our country? …with female feticide, infanticide happening on an almost daily basis; with gang rapes making the headlines of almost every newspaper; with honor killings …" Let’s hope more take note of her words and our Indian sisters get more freedom in 2014.

9. Goldiblox Engineers a Creative Move in the Toy Store

How many of us have been brought up to believe pink for a girl, blue for a boy? And, how many of us realize that goes further than what our parents dress us in when we’re babies – it permeates everything from the jobs we can do, the sports we can play and the money we can earn. Engineering has long been thought to be the domain of men but Goldieblox (goldieblox.com) struck a blow to this outdated and insulting attitude. With a slogan of “disrupting the pink aisle,” they have introduced a construction toy and a range of other toys to inspire the female engineers of the future. They want the measly 11 per cent of engineers that is women to grow – significantly!

10. Beyoncé Declares Herself a Feminist

It might not be the most earth shattering of feminist moments in 2013, but it was noteworthy. All causes need figureheads. As an icon to millions of women worldwide, Beyoncé being an impromptu spokeswoman for feminism is a shot in the arm for the cause. It was in May 2013 in an interview with UK Vogue that the R&B superstar declared herself to be a modern-day feminist, saying “I do believe in equality. Why do you have to choose what type of woman you are? Why do you have to label yourself anything? I'm just a woman and I love being a woman."

Some of you readers may not be old enough to remember this, but there was a time when advertisements for feminine care products were not allowed on television in the UK (not sure if it was the same in the USA) - like as if period was a dirty word and men were too “sensitive” and “delicate” to even think about them. It says something about how far forward we have moved though when a feminine advertisement can go viral, like the one from Hello Flo did in 2013. (Check it out here: helloflo.com.) So, I call on you all to wear your “red badge of courage” with pride!

These were my favorite feminist moments of 2013. Do you have any favorites of your own?

(Thanks to Elizabeth Plank at Polymic.com for her inspirational reminder of some of the best moments for women in 2013.)