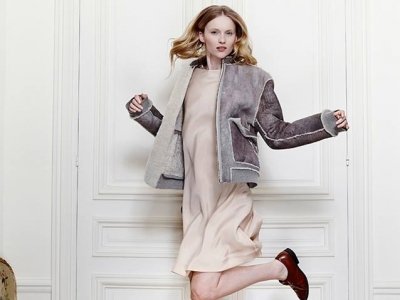 I think it’s important to recognize our sisters’ achievements, so I am bringing you some of the firsts for women in politics in the USA. Politics is an arena where women are still majorly underrepresented, but it’s good to know that most democratic governments around the world have policies and ambitions to address the lack of balance. Will any of these firsts for women in politics inspire you to have political ambitions?

Jeannette Rankin was the first woman to be elected to Congress. Rankin was known for her pacifist ethics, and she was the only member of congress to vote against the United States’ involvement in both World War I and World War II. The Montana Republican held office from 1917 to 1919. Subsequently, she served another term from 1941 to 1942.

Rebecca Latimer Felton was the first woman to hold office in the United States Senate. The Georgia Democrat’s time in office didn’t last long though, as she was only asked to fill the position on a temporary basis in 1922. In fact, her term ended after just two days, and she had to relinquish her position to a male after he was elected to serve.

4. First Female to Serve as Governor

In 1925, Nellie Tayloe Ross was the first woman to serve as governor in the United States, and she held the position for two years. The Democrat from Wyoming came into office following the death of her husband, who had held the position prior to her service. Following her time as governor, Ross was appointed as the Director of the United States Mint as well as Vice Chair of the Democratic National Committee. Another interesting fact about Ross is that she received 31 votes for Vice President at the 1928 Democratic National Convention.

Margaret Chase Smith, a senator from Maine, was the first female ever to be nominated for President of the United States. Prior to her nomination, Smith provided extensive leadership to her country, as she served both in the House of Representatives and the U.S. Senate. Thus, she became the first woman to hold office in both areas of Congress. Smith campaigned for the presidency, but only briefly, as she was committed to her duties as a senator at the time.

In 1977, President Jimmy Carter appointed Patricia Roberts Harris as the Secretary of Housing and Urban Development. She served for two years in that position, and subsequently, she was appointed as the Secretary of Health and Human Services in 1979, where she also served two years. She made history for two reasons. First, it made her the first black woman to hold a presidential cabinet position, and second, she was the first woman to serve in two different cabinet appointments.

7. First Woman to Serve on the U.S. Supreme Court

In 1981, President Ronald Reagan appointed Sandra Day O’Connor to the United States Supreme Court. She is the first woman to achieve this honor. Prior to O’Connor’s service, the republican held a position on the state appeals court in Arizona.

In 1997, Madeleine K. Albright was the first woman appointed as the United States Secretary of State, a position she served in until 2001. This marks the highest ranking government position ever to be held by a woman. Prior to her time as Secretary of State, Albright was the U.S. Ambassador to the United Nations. She served in that role for four years, from 1993 to 1997. While Albright was held in high esteem, she would never have been able to become the President of the United States due to the fact that she is a naturalized citizen.

In 2009, Sonia Sotomayor was appointed by President Barack Obama as an associate justice of the Supreme Court. This makes her the first Hispanic woman to achieve this position. Before her time on the Supreme Court, Sotomayor served on the U.S. District Court in the Southern District of New York.

Each of these firsts for women in politics inspires the next woman to serve her country and fellow citizens. Do you have any political ambitions?