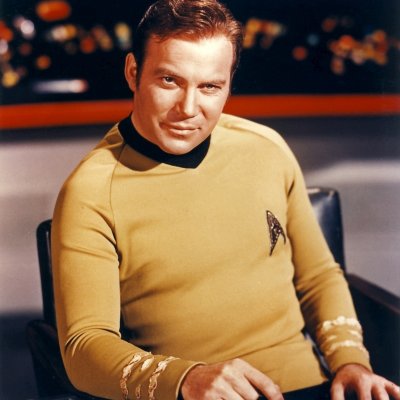 Scientists dream of someday boldly going where no one has gone before and discovering brand new planets to analyze, terraform and perhaps even colonize. There's only one little problem: how are we going to cover the vast expanse between the stars, when light itself takes hundreds or even thousands of years to get there? The answer is: interstellar propulsion.

Although not the safest of all propulsion systems we can conceive of, thermonuclear fusion definitely packs a good punch, and it's a kind of technology that we already have access to. Sometime in the next 70-80 years, scientists expect to perfect fusion drives that could take us to the stars at speeds of up to 300 kms.

Solar sails definitely involve an elegant future technology Captain Kirk would recommend for traveling to the stars. The idea is to use a huge solar sail, powered by an array of solar powered lasers placed in space or on the moon. Researchers suggest that the laser could produce up to 7 TW of energy (two times the total power consumption of the US for 2014!) and propel the sail and the small spacecraft attached to it up to 1/5 of the speed of light.

Wormholes are still just theoretical, and they haven't even been generated in the lab (yet?), but they could be an interesting future technology straight from Star Trek or Star Wars. Basically, a spacecraft would be using either naturally occurring or generated wormholes as shortcuts in space-time, getting from one side of the Universe to the other, without passing through the space in between.

A surprising proposal has to do with “parking” a spaceship in orbit around a black hole and using the black hole's massive gravity to slingshot it at speeds close to the speed of light. Of course, you need to actually find a black hole that's close enough first – and then be able to survive it.

Antimatter drives are straight out of sci-fi, but they use real scientific principles based on Paul Durac's proven theories about the existence of anti-particles like positrons and anti-protons. When coming in contact with regular matter, these particles create explosions that generate enormous energy, being able to catapult us toward the stars. The only problem is that antimatter is very difficult to produce and store.

Warp Drive technology would essentially create a bubble of space for the spaceship, contracting the actual space in front of it and expanding the space behind it to create a form of propulsion. One point of interest is that NASA has recently made an important breakthrough in this technology, although they are still hundreds of years away from building an actual working warp drive like in Star Trek, since the energy requirements are currently believed to be somewhere in the Planck energy range – around 10 to the 19th power electron Volts.

Through the weird process of quantum entanglement, some physicists theorize that teleportation could be possible across vast distances. Who knows? Sometime in the distant future, this technology could even take us to the stars.

Now, most of these propulsion systems will probably not be ready for another 100-200 years, or even more – if ever. But we can still dream in the meantime, right? So which one of them would you want to have installed on your spaceship and where would you want it to take you?