7 Fun Facts about the Olympics That May Surprise You ... 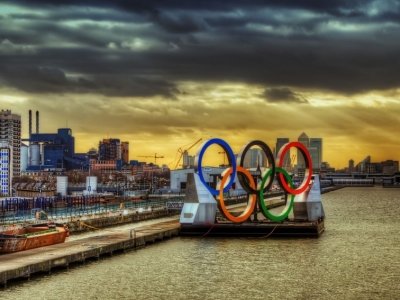 If you’re looking for facts about the Olympics, we should start with the basics. Everyone knows what the Olympic flag looks like, but do you know why it was designed that way? The five rings are blue, yellow, black, green, and red. The colors were chosen because at least one of them appeared on the flag of every country in the world. In addition, five was the chosen number, because it represented the five major regions of the world, which are Africa, the Americas, Asia, Europe and Oceania.

When a country is chosen to host the Olympics, they try to take advantage of the opportunity. This year, the games are in Sochi, and there has been a 100-ruble banknote created to commemorate the games. According to cntraveler.com, “Russia's also releasing a 25-ruble coin with the Olympic torch on it, as well as a commemorative stamp.”

The torch is always lit by the sun to ensure its purity. This takes place in Olympia, Greece, which was the site of the ancient Olympic games. This year, the torch was carried by 14,000 different people. It traveled for 123 days across 2,900 cities. It even went into outer space! Now that’s the life.

Every athlete’s dream is to receive a gold medal in the Olympics. However, the medals haven’t been made completely of real gold since 1912. The medals this year are composed of 516 grams of silver and 6 grams of gold. As if recognition and a medal aren't enough, the winners are also rewarded with a large sum of cash. The amount changes, but in London two years ago, winners received $25,000.

Despite what you may think, age doesn’t matter at all. The youngest winner of a gold medal was an American figure skater, who was only 15 at the time. The oldest was a British curler who was 83. Let this be proof that your age doesn’t have to stop you from following your dreams! Get out there and achieve your goals, whatever they may be.

It would be devastating to hear that the games were canceled, but it’s happened before. In 1916, 1940, and 1944, there were no games, because of World War I and World War II. Thankfully, this year’s events were not canceled; they're right on schedule.

Did you know that there is an official motto for the Olympic games? "Citius, Altius, Fortius” means faster, higher, stronger. It was proposed all the way back in 1894, and has been around ever since. It's the perfect motto, because it pushes the athletes to work to the best of their ability. It's just the thing they need to hear.

I hope you’re all enjoying the Winter Games this year! What is your favorite event to watch? Do you have a favorite athlete that you’re rooting for?