7 Cute Classic Cars That Are Reasonable for Any Woman to Own ... 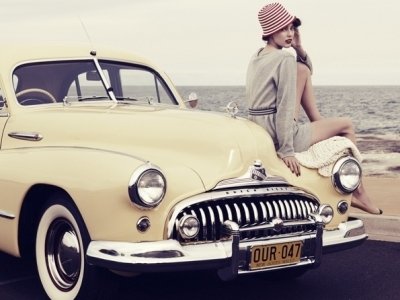 Even though modern cars are starting to have some character, there are so many cute classic cars that can be reasonable for any woman to own. There is no reason to be afraid of driving or owning a well maintained older or restored car. However, because of initial quality, current parts availability, and general ruggedness there are some that are better than others to own. So, following is a list of cute classic cars that can be had reasonably and enjoyed daily:

1 The Original Volkswagen Beetle and Bus 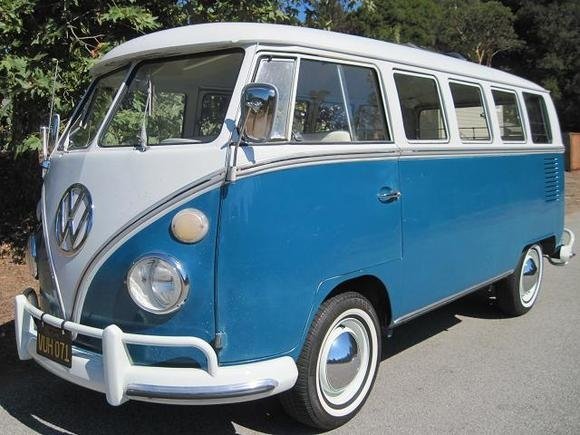 Probably the most iconic and recognized cars by many women, the original Volkswagen Beetle and "hippie" bus can be great classics to own. Models from the 60s and 70s can be found restored or in great condition and most modern mechanics have no issue working on them. Parts are readily available too. The only drawback is that these are all manual transmission "stick shift" and do not have power steering. Although they are great in snow and ice, the heaters in them are marginal, making these cute classic cars better for fair weather. 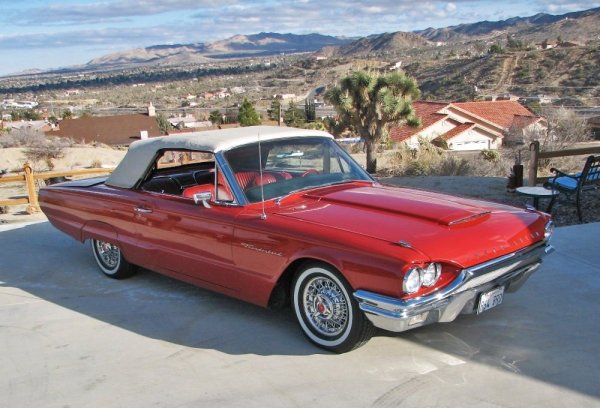 When the Mustang was introduced in 1964, the original target buyer was women. Over the years much muscle was added to the Mustang, but cars from the first three years still retain a much cuter look than later models. Convertibles are rising in price, but hardtops can still be had very reasonably. These cars tended to be rust-prone in hidden areas, so it is best to have any potential purchase checked out by a competent mechanic prior to purchase. 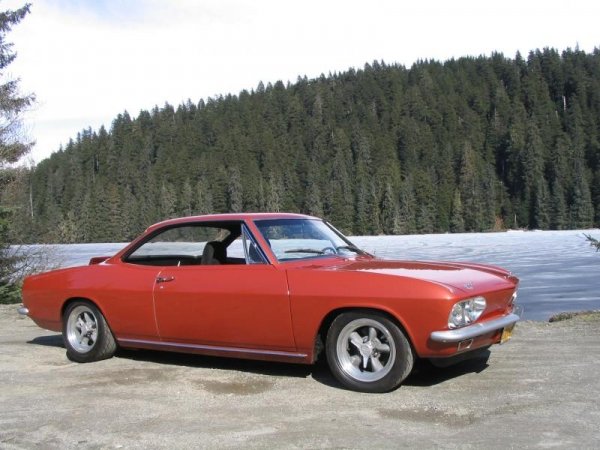 Made in two different body styles, the 1960-64 and the 1965-69, both versions are small, classic, cute commuter vehicles. In spite of bad press when they were new, many of these great little cars are still on the road, and cared for by happy owners. The first version probably is a bit cuter while the second version has a more muscular look. Mechanically the cars were constantly improved upon during production, so the newer models have more power and durability, although all versions can be reasonable and fun to own. These vehicles are not great at freeway speeds, so they would be a better choice for someone who does more in-town driving. 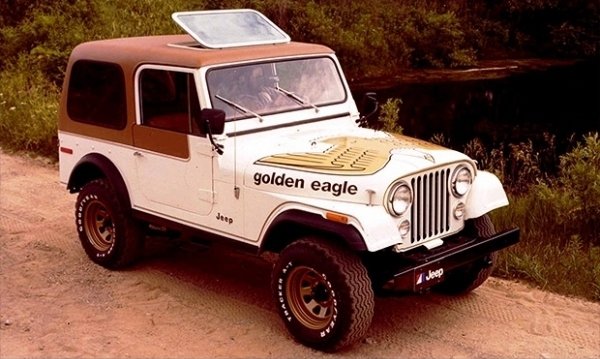 Probably one of the most iconic 4x4 vehicles of all time, the open top Jeep has been in production steadily since 1941. However some of the most reasonable classic models to own and enjoy are the the 54-86 versions. The CJ5 is shorter, cuter, and has curved door openings, while the CJ7 was the predecessor to the modern Wrangler, and has squared off doors. Shorter women would benefit from the tighter confines of a CJ5 (1953-83) while taller women would be more comfortable in a CJ7 (1976-1986) Many options were available for both. These are very popular with off-road enthusiasts, and many have been modified. Ones that have been lifted with larger tires often ride stiffer and can be more difficult to steer than one closer to stock. 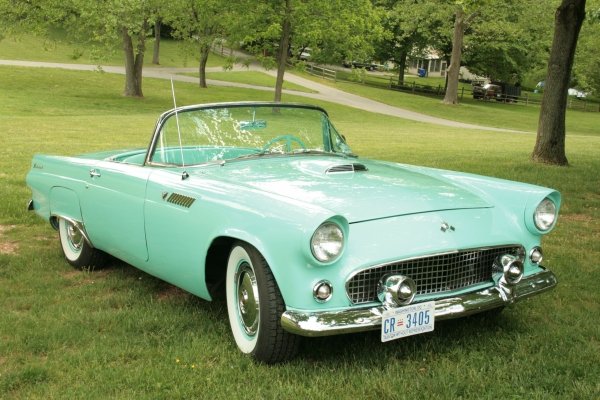 Think Thelma and Louise, but don't go driving these classics off cliffs! The Thunderbird models of this era are great cars all around, but do not carry the hefty price tag of the 55-57 models. Even convertibles can be had reasonably. Like their cousin the Mustang, they can rust in strange places, so have any potential purchase checked out first. These cars had some great options for the time, and had classic movie star looks. One potential drawback is that these vehicles often came with large engines and are quite fuel thirsty, so if you have a long commute every day they may not be practical. 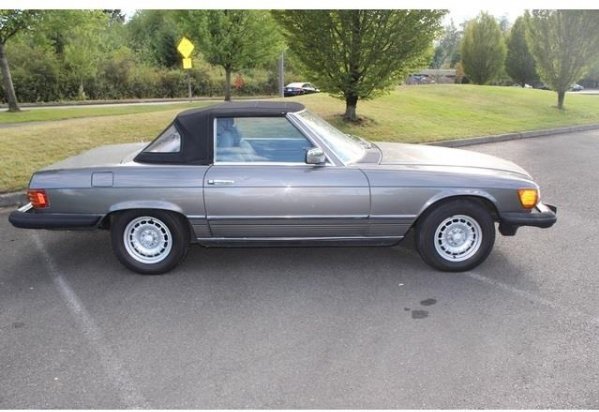 This is actually a very large scope of different models and looks by Mercedes, however all the 300 class vehicles, which were mostly produced from the 1950s-1990s are extremely efficient, durable, and many have hundreds of thousands of miles of enjoyment on them. The diesel models are extremely fuel efficient, often getting over 40 mpg. As for looks, that is a personal choice; there are many models to choose from, some boxier than others, but all come with a certain level of sophisticated class that only a Mercedes can offer. 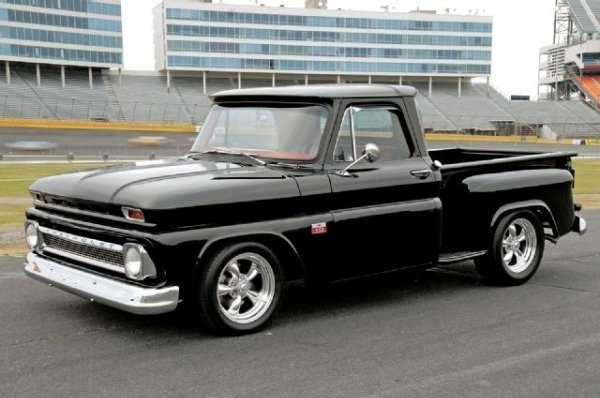 The last entry on this list is for the country girl. Chevy trucks of this era are smaller, have a great look, and can be had reasonably. The 47-early 55 models only came with manual transmissions and steering, although many have been converted to more modern options, engines and transmissions. One of the most popular trucks with customizers and auto enthusiasts, there are countless styles and versions to choose from. Original un-modified versions can actually be very hard to find, so if purchasing a modified one, it is best to have your trusted mechanic fully check it out to assess the quality of the modifications. GMC made near identical looking trucks in the same era, but mechanically they were very different and parts can be difficult to locate, so it is best to stay with Chevrolet models.

There are many more cute classic cars to choose from, but this is my top seven due to reliability, overall quality, and the availability to have mechanics work on them without having to find a specialist. Owning a classic instead of modern plastic can be affordable, and very enjoyable. There are even dealers who stock only classic cars, and can offer payment plans on them. Plus, unlike a brand new car, a well-maintained classic keeps its value, or even increases with time. And nothing is greater than the smiles one gets while cruising down the road in something just a little different than the norm. So, what is your favorite classic?