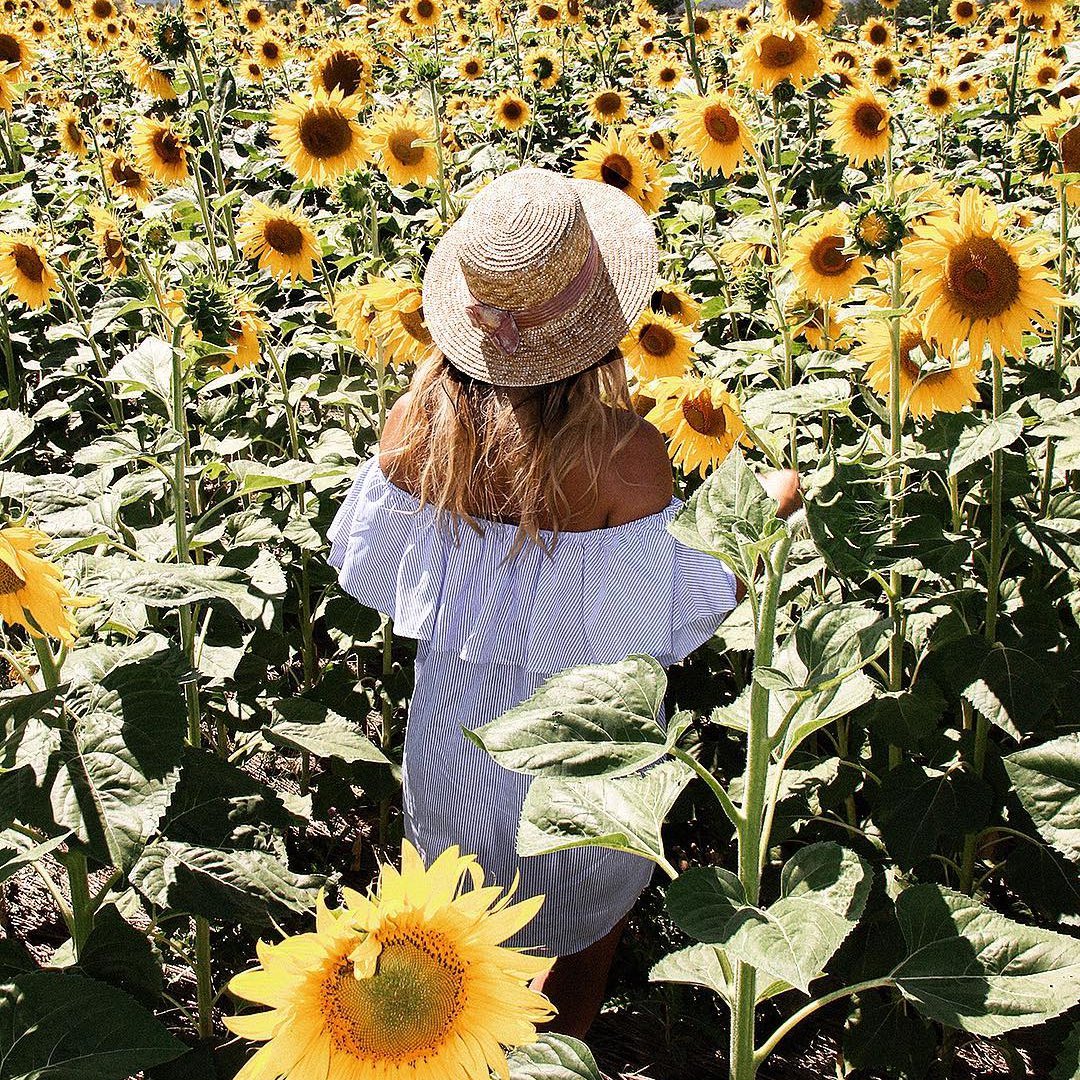 There is a reason why we should see victims of abuse as survivors.

It was only less than a month ago when the allegations against mogul producer, Harvey Weinstein, had circulated the web, as well as many social media accounts. There were regrams, reposts, and retweets of the newspaper articles where survivors documented their sexual harassment and/or assault by Harvey. This includes a list of celebrities, actors, directors, producers, and writers. Most of them admitted that it was a lifelong Hollywood dirty secret: everyone knew what Harvey was doing behind closed doors.

There are also the allegations of Harvey having many of the survivors signing over an NDA/confidentially agreement to never expose and speak of the act. Otherwise, he would go out and ruin their careers. Blacklisting is another way of saying that one will never work in this town again, aka the entertainment industry.

When this dirty Hollywood secret first evolved, I cringed whenever I heard or saw the word, “victim,” being tossed around. Victim? To me the individuals who were coming forward were not just “victims,” but “survivors” in my eyes. They are still here for a reason. It could be for multiple reasons too, including a voice for other survivors who have been harassed and sexually assaulted. And to me, that IS brave. That's why we should see victims of abuse as survivors.

When the Weinstein allegations first hit the surface, I sat up and immediately checked all my social media platforms. I was sick to my stomach, shocked, and angry. A lot had to do with a reality check that this is NOT the first time when a sexual assault act or acts were brought to light. No, this is one of MANY cases that I have heard myself while working in the entertainment industry. You know, the cases that get whispered about, but no one can talk about because stories are just stories? You know the accusers are just so-called “liars?” You know, cases made against these so-called powerful figures in the field would never “do that” or it was just a “phase?”

Well, it is NOT just a phase. When a predator acts upon their instincts to go after its prey, they will only continue to do so.

It is why I continue to refuse to support and watch the work by other predators in the industry such as Woody Allen, Roman Polanski, and Bryan Singer. There are documented records of their sexual assaults against minors. Check the records.

As a survivor myself, I understand why others stay silent because I also do sometimes. For me, it is often the fear of speaking up and not being believed. Although these men are no longer a part of my life, I am still working through the trauma myself, which could explain why only certain people know what I have been through. It is something that I have accepted to be a lifelong healing and coping mechanism.

One experienced that had crippled me momentarily was when I was sexually harassed on my own film set about a year ago. It was a project that I wrote, directed, and produced. The director of photographer (otherwise, known as the cameraman) and his assistant cameraman (an AC they call them) started mocking me and making comments how “cute” it was that I wanted to be a director and writer, let alone making a comedy film with a male ensemble cast. Throughout the shoot, I bit my tongue to just get through the project. Plus, I was shocked and a bit scared to say anything to the two guys. I was convinced that I would just start unnecessary drama if I said something, whether that was cursing them out or simply, addressing their inappropriate behavior.

The next morning, just a few hours after our wrap party, I woke up and found the AC sleeping against my shoulder. I remember seeing him sitting next to me at some point during the early morning, adjacent from the director of photographer who fell asleep on the other couch from us. But I was also still intoxicated from the wrap party, therefore, I was semi-unconscious when he had unbuttoned my pants. LUCKILY, I recall shoving his hand away, telling him to fuck off before I fell back asleep. The last memory I had of him prior to waking up and losing was him tilting the opposite direction from me and falling asleep.

After waking up, I was more shocked than angry. That was until I had connected the pieces and realized what had happened was, instead, sexual assault and harassment. Pissed, I shoved the AC with my arm. He stirred awake, reeking of alcohol and weed. Neither had completely left his system. He was still loaded.

I left the room, pondering what to do. Both the director of photographer and the two actors, who had also crashed at my place, were still asleep. I was relieved because a part of me was mortified if they saw what was wrong. Well, one of them did throughout the early morning, confessing to me later that they saw the AC leaning against me while I was asleep. They had the assumption that the AC and I were dating or a “thing.”

I cannot tell you how relieved I was when one of the actors told me that they did not see the AC doing anything further before he fell back asleep.

When I had returned to the kitchen, I found the AC passing out at the dining room table. He saw me. At that moment, I felt it was best to simply ask him what had happened. So, I did.

He laughed and said, “What didn’t we do,” before his head started dropping down to the table. That was when the anger kicked in. I told him to leave right away, otherwise there would be a problem in the next ten seconds if he was still in my sight. He ran out. That was the last time I ever saw him.

Like many of the Harvey Weinstein survivors, I also dreaded the responses of opening up about the harassment and assault. Fortunately, so far, I have found a support team. But there has also been the sort of responses where my own family and friends had second-guessed me. Some had asked if I was “sure,” almost like they were double checking if it was not just in my mind. The one response that hurt the most was when a relative said, “Well, I blame you as well,” like I was “asking” for it.

After being harassed and assaulted on my own film set, it took me a few weeks to come to terms that it was NEVER MY OWN FAULT. It is NEVER the survivor’s fault. Never. Ever. EVER.

But in a work place such as the entertainment industry, sexual harassment and assault is THAT dirty secret that everyone knows about. Only, it is to never to be disclosed and brought to light. Otherwise, one will “fuck up their career.” I even had a colleague tell me once to never be open up about my own experiences because it would just “scare” others off. They told me to just “deal with it and shrug it off.”

So, that is why I am going to do the complete opposite.

I continue to feel proud of the survivors who do speak openly of their harassment and assault, especially with the Harvey Weinstein reports. It is why I practically cheered when the actress, Rose McGowan, finally blasted Harvey Weinstein on Twitter for blackmailing her with an NDA years ago after he had assaulted her. To me, I saw it as a moment of her taking back the power. It is both inspiring and motivating because that was when I decided to discuss more about my own experiences in therapy, something that I tend to avoid for multiple reasons.

I believe that was when I saw a lot my friends and colleagues come forward by joining the trending tag of #MeToo, where both men and women of all ages and different backgrounds banded together so say that it is OKAY to NOT BE OKAY. It encouraged me to make a Facebook post about joining the #MeToo Movement as well because I no longer felt scared about who knew and what others would think. Those who are truly supportive will not stand there and judge or second guess another. They will stand WITH YOU no matter what. Keep those sorts of people around. They believe you.

The problem with many survivors keeping silent is the ongoing stigmas and SHAME that is continuously put on the shoulders of them. The truth is that it takes a GREAT AMOUNT of strength and courage to come forth and admit what happened. It IS harassment and assault. There are ways to break and defeat the stigmas against harassment and sexual assault. One of the most important ways it to seek help and speak up if a comment makes someone uncomfortable. More than millions of lives are affected by sexual harassment and sexual assault, therefore, one is NEVER alone.

Be kind to others. Be that listening ear because you never know who you could be helping. You never know if just being present with someone, who is going through a difficult time, will have a greater impact on their lives. Often, it is more than you think.

Stand with survivors today, tomorrow, and for the rest of your life.